Trading penny stocks has really been the only thing that’s ever truly interested me.

But as I’ve gotten further and further into the industry, I’ve been appalled at the way that traders with small accounts are treated.

When I started teaching there were virtually no other teachers helping students like you learn how to grow their accounts exponentially.

That, to me, is a failure of epic proportions.

What else was I supposed to do?

How could I not get into teaching, when there are so many people in the world who need to hear the things I’ve learned?

But just because I’m teaching now doesn’t mean that I’ve given up trading.

As much as I love both trading and teaching, there’s an important lesson I’ve learned from other millionaires – and that’s how to protect your ass…etc.

See what I did there?

The thing about millionaires is that they know their money.

They know it inside and out.

And there’s a reason for that.

According to Brian Tracy, “The average adult spends 2-3 hours each month studying and thinking about their money, usually at bill paying time. The average self-made millionaire, by contrast, spends 20-30 hours per month thinking, studying and planning his finances.”

Spending all that time on their money means that these millionaires have learned a thing or two. One of the most important is that they know how to diversify their income.

What is Income Diversification?

I’m sure, if you look up “income diversification” online, you’ll find some fancy explanation of what the phrase means, but I’m going to put it simply here:

Income diversification means not putting all of your eggs in one basket.

Suppose I stuck only with trading instead of adding in teaching…

Maybe I decided that I didn’t want to work 16-hour days, pouring my soul and my more than a decade’s worth of experience into newsletters, videos, DVDs, chat sessions and the other resources.

Maybe I figured that watching the markets for good penny stock plays would be an easier way to live my life (and believe me, even though being a good trader requires training and preparation, it’s true that juggling both can be tough).

But then, what would happen if the stock market completely, utterly crashed?

I know that’s a really unlikely scenario (despite all the doom and gloom people are predicting these days).

But go with me here for a second…

If I really couldn’t trade anymore, how would I make money?

How would I earn a living?

I’d have put all of my eggs (my income) in a single basket (trading penny stocks). And if that basket went away, my income would dry up entirely.

Or, let’s break things down even more.

As a penny stock trader, I know how to buy into pump and dumps and other runups, as well as how to short sell stocks as they’re falling.

I personally think I’m better at short selling than going long, but the point is is that, if I have to, I can do both.

I’m not limited in my ability to make money based on what the market’s doing (those of you who are panicking about the “end” of this long-running bull market might want to take that wisdom to heart). Even within trading, my eggs aren’t all stuck in one risky basket.

Teaching helps me diversify my income.

I’ve got multiple trading strategies… built up a teaching career… and a social media training course. If Instagram — one source of business for me — shuts down tomorrow? Again, no worries. The community I’ve built here and elsewhere will take care of me.

How Millionaires Diversify Their Income Streams

If you’re reading along with me — struggling to make your finances and your work/life balance work on your one income — the idea of building up multiple income streams might sound totally overwhelming.

But according to Tom Corley of Rich Habits, it’s a common practice for millionaires. In fact, his research states that, among self-made millionaires:

Take Grant Cardone, for instance. Grant is the author of The 10X Rule, and he’s diversified the income he generated from his first business by building on his success and launching a real estate investment portfolio and a software company.

Here’s what he had to say about diversifying his income:

“My first business had been generating a seven-figure income for years when I started investing cash in multifamily real estate. Once my real estate and my consulting business were churning, I went into a third business developing software to help retailers improve the customer experience.”

So say you want to be like me and Grant. You want to go to bed at night knowing that, if the worst should happen and your primary source of income disappears, you’ll be covered.

Can you imagine what kind of weight that would take off your shoulders?

How much better you’d sleep at night without feeling the stress of getting by day-to-day on a single income?

You just have to be willing to work hard and take a few well-defined steps.

Obviously, the first step in diversifying your income streams is to figure out what your second (and your third, and your fourth) stream of income is going to be.

If you’re rich like Grant, you can go out and buy a bunch of commercial real estate properties.

Rent them out, get tenants to pay you, and you’ve got a second paycheck coming your way (well, besides the maintenance requests, the vacancies and the evictions – which are just a few of the reasons I don’t like real estate investing, personally).

But what if you don’t have millions of dollars lying around?

In that case, you’ve got to do a quick inventory of what you’re working with.

What are your skills?

How much time and money can you commit to building your second stream of income?

My strategies are something that anybody can learn. And, if you’re willing to trade premarket and afterhours you can fit it into pretty much any schedule.

But if you really aren’t interested in ways to grow a portfolio exponentially and build generational wealth, I guess you could always get a paper route or something…

Step #2 – Invest in yourself

Building a second stream of income isn’t going to be easy.

If it was, we wouldn’t have half of all Americans with less than $10,000 in total savings.

So step #2 in this process is to buckle down and do the hard work of investing in yourself.

Diversifying your income streams might mean that you don’t go out for pizza and beers with the guys.

Or that, rather than watching the big game, you check out the highlights the next morning and spend that time studying your penny stock videos and reading past charts instead.

Is it going to be fun?

But get back to me when you’re putting that second paycheck in the bank and try to tell me that it isn’t fun then!

You’ve got extra money coming in for what feels like the first time in ages.

Your first instinct is going to be to go out and blow it on a nice vacation, expensive gifts or a new car. Don’t do it.

Guess what happens to a second income if you spend it all the moment it hits your wallet?

It’s fun money to spend, but it won’t be there for you if you really need it in the future.

Be better than that.

Don’t let investing in yourself stop with your education.

Truly invest in yourself by reinvesting the money in your portfolio or putting it somewhere safe until you need it.

It’s not nearly as fun as blowing your new cash on expensive purchases, but if you want to live like a millionaire, you’ve got to act like one. 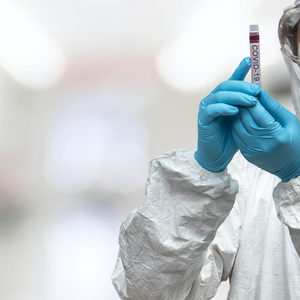 When Companies Should Mind Their Own Businesses 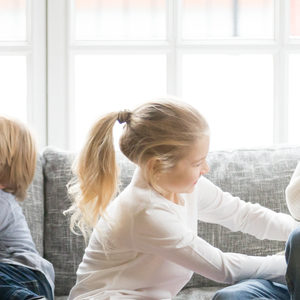 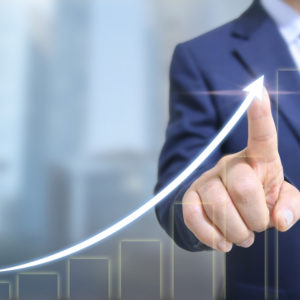 Growth Can Be The Reason Why Your Business Fails

Everyone wants a business that can grow, but sometimes growth isn’t always the best. 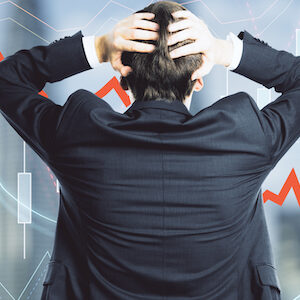 Lessons From the Market Crash

I tell you all the time to review your trades, and this week is no different. I’m going to review what happened in the market this week so you can learn to take advantage of these patterns. 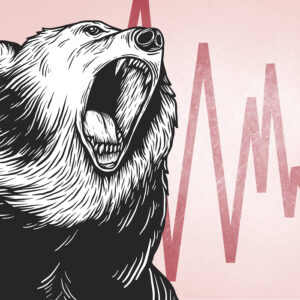 The question is, how low will it go? 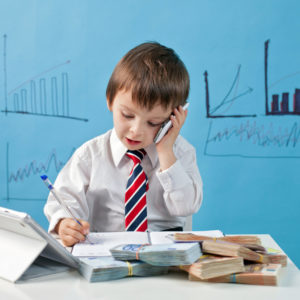