I know it seems like I’m picking on Senator Elizabeth Warren lately, but that’s not my intention.

Rest assured, I dislike the vast majority of politicians just as much.

It just so happens that, in a runup to the 2020 election, it seems like Warren is trying to make big headline splashes by taking on populist whipping boys like the student loan crisis and, more generally, big banks.

Meanwhile, I want to inject reason back into the equation every time I see something that might produce a good feeling among a certain part of the population, but doesn’t pass muster when examined more closely.

That’s a long-winded way of saying: I want to call Warren when she spouts off B.S.

Or comes up with a plan that simply doesn’t make sense.

And I will do the same as other politicians – on both sides of the aisle – going forward.

Through its Twitter account, Chase Bank wanted to inspire people to be more mindful of their personal spending.

So it posted a hypothetical conversation between a bank account and its owner.

The gist was that there are plenty of ways to save more money – including bringing your lunches to work, cutting out expensive coffee trips, and walking rather than taking a car service.

I won’t keep you in suspense: No.

But there is absolutely no equivalency between a post trying to motivate people to think about their personal spending and Warren’s accusations.

For starters, it’s a false dilemma – even if Warren is correct, it doesn’t negate having a personal budget or considering where you’re spending money.

What was the personal savings rate before the financial crisis?

In other words, it isn’t like your typical bank account was getting stuffed with cash before the financial collapse.

What about Warren’s other accusations?

Well, yes, Chase was involved in the subprime mortgage crisis and the near-collapse of our financial system.

So were several government agencies,  the Federal Reserve, and a number of policies that aggressively encouraged homeownership even for groups that couldn’t really afford it.

In fact, Fannie Mae and Freddie Mac – two government-sponsored enterprises – were the largest components of the total federal bailout… needing $191,484,000,000 in taxpayer money. That’s 7.6 times as much as Chase needed.

And what about the $25-billion bailout given to Chase itself?

It has already repaid the entire amount and the U.S. government earned a $1.7 billion profit on that investment to boot.

Make no mistake: I detest the bailouts that happened, especially the moral hazard that they created. But it isn’t like taxpayers lost out on the Chase bailout… or many other ones. If you want to see all the data, check out this running list.

I’m not really sure how to address this one. It’s just an overly broad statement that sounds good but doesn’t mean anything.

What is a living wage? Depends on where and how you live, I guess. I imagine it also applies to some employers more than others, and further varies by individual jobs within any particular company.

There are certainly lots of Chase employees – not just Jamie Dimon – making a living wage. I can guarantee that.

And Warren’s last point pretty much says the same thing, except it adds in the idea of rising costs.

Costs have been rising for certain things – especially higher education. (Refer back to my last Warren piece to understand why that might be.)

And any inflation that we do have has largely been stoked by the Federal Reserve – i.e. Washington, D.C.

Same refrain as my last article regarding Senator Warren – pretty much everything she’s complaining about originates in large part with the government itself.

That goes for the housing crisis that precipitated the economic collapse and destroyed so many jobs and retirement portfolios…. all the way to the massive spikes in college tuition, healthcare, and food that have happened in the decade since.

@U.S.Treasury: Why is my balance so low?

Taxpayers: Maybe lawmakers shouldn’t have spent $665 billion more than they had last year

Taxpayers: Social Security and Medicare are facing perpetual shortfalls, too

Even if its “money motivation” Twitter post was a bit cliché, Chase isn’t wrong to tell Americans they need to watch how they manage their finances.

It would just be better to tell the same thing to Senator Warren and the rest of our over-promising, fiscally-irresponsible politicians. 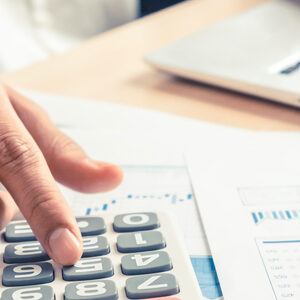 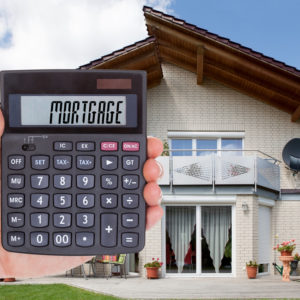 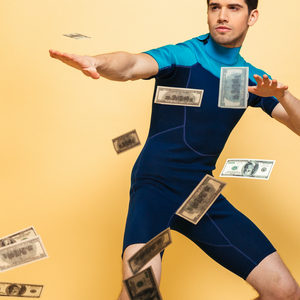 If you plan now, take action, and prepare, your financial future may be much brighter even if the biggest stock-market crash in the history of the world does not occur.