Okay, let’s just get it out there…

A few months ago, I had another surfing-related trip to the ER.

Without going into all the gory details, here’s a quick picture: 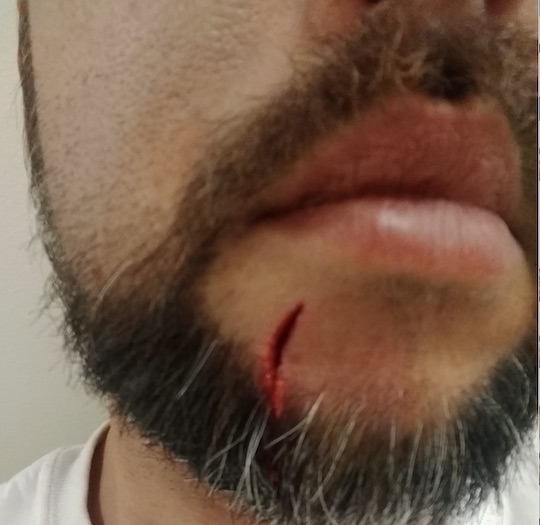 As you can see, I ended up with a small sideways smile right below my original one.

Essentially, I was tumbling under the water and the pointy nose of my surfboard went straight under my lip – all the way through, in fact – and eventually stopped when it hit my gums.

“Hey, how does this look?” I asked a friend after it happened.

An hour and a half later, stitches it was – five on the outside and one on the inside. Also a quick trip to the dentist the following day since the blow had damaged a tooth.

In the grand scheme of my major lifetime injuries…

This one was relatively minor. Painful, and a bit demoralizing to be sure, but with a one-week heal time, not too big of a deal… 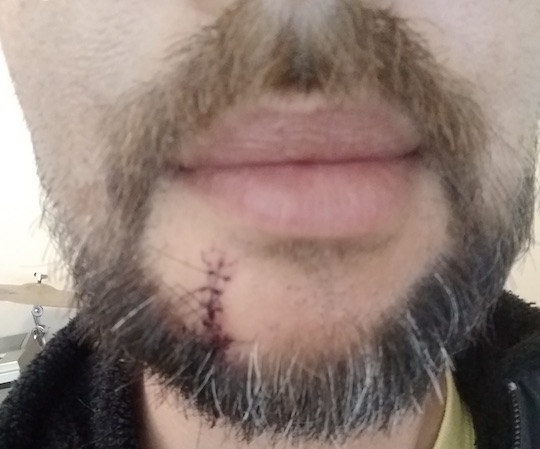 … Until it was time to get the stitches out.

That’s where the real pain (and self-discovery) began.

Do as the Doctors Say

Now, before you suggest giving up my favorite hobby, recommend I buy a soft board from Costco, or blame me for skyrocketing insurance premiums…

Let me just say one thing.

I do these things for you!

How else would I have discovered the money-saving power of self-surgery?

My high-deductible health insurance plan requires me to pay out of pocket for most medical procedures until an annual cap is met. However, it does typically provide discounts on services performed by in-network facilities and specialists.

When I was discharged from the ER, they told me I had several options for getting my stitches removed:

2. Go to an urgent care facility.

3. See if a primary care physician (PCP) would do it.

I first called the ER. After a discussion with their billing department, I learned that I would be charged for another visit if I came in to get the stitches removed.

Next, I started calling PCPs.

I don’t currently have one since I’m healthy as a horse unless I’m going to the ER from sports-related injuries.

One wasn’t taking new patients. Another couldn’t see me for four months. In a nutshell, it started becoming clear that even if I could get in to see someone, it wouldn’t just be a “get stitches out” appointment. Instead, it would be a full office visit and then another charge for the stitches part.

So I moved on to urgent care facilities.

The one in my network couldn’t tell me how much it would cost.

“Minimum charge of $160. And then, once you get in there, it could be more depending on a lot of factors.”

What about my in-network discount?

“Don’t have any information on that. You’d have to pay and then submit everything.”

We went around in circles like this for quite some time. Multiple phone calls to all the different groups involved.

At the end of it all, they still couldn’t tell me what it would cost for a simple procedure.

I thought maybe it would be better to just go in person.

Once they saw me, and the simple procedure we’re talking about, perhaps it would all crystallize.

The first thing I saw was a 1.5-hour wait time prominently displayed on a big digital clock.

Next, I started discussing my situation with the receptionist.

It was pretty much the same conversation all over again. There was no guarantee on how much the process would cost.

This is where I like to step back and think about the same type of idea in a different context – say, a car mechanic.

You pull up to your favorite oil change place and ask how much it is to swap out the 10W-30.

Maybe they ask you if you want synthetic or regular, but either way they can give you a price right upfront.

You can shop that price around.

Or, if you don’t like the prices, you can simply go get some oil and open the hood yourself.

Can you see where I’m going with this?

When faced with the idea of paying at least $160 … waiting several hours … and then possibly ending up paying far more once in the actual room … I opted to just open the darn hood myself and change the oil.

Now before I go any further, let me just put this out here. I’m not a doctor (obviously). So don’t take what I’m about to do as the “right” way to solve your medical problems. In this situation I was able to shop around and take matters into my own hands, but that isn’t the right reaction in every circumstance, especially when you have a medical emergency.

Anyway, back to my story…

I headed to CVS and bought a pair of small scissors.

Then I went on Youtube and watched a quick tutorial on stitch removal.

A couple minutes later, I was snipping my way to massive time and money savings.

Hey, it’s only my face, right?

Of course, I’m not telling you this story because I think WebMD should be your default care provider.

I just want to highlight a couple important points:

First, in some cases, it is entirely possible to avoid our frustrating medical system. In my case, removing stitches is now one of them.

Second, there should be no reason why our medical system is this frustrating in the first place.

I had a minor injury and I have health insurance.

Why on earth should a simple procedure like a few stitches cost me a couple thousand dollars at my local hospital and still not even include taking the darn things back out?

I’ll give you some more of my own thoughts on that soon… Until then, if you have the opportunity, and it’s not a medical emergency, consider shopping around a little.

Don’t be afraid to ask what procedures are going to cost. If you aren’t comfortable with the price, get a quote from someone else!

Just because it’s a medical procedure doesn’t mean that you have to pay whatever the first person quotes you. Make sure you get the best price available for your care, like you would with any other major purchase. 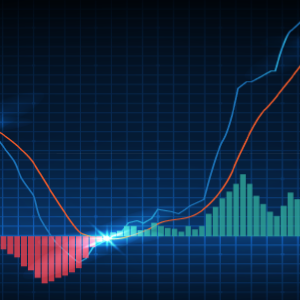 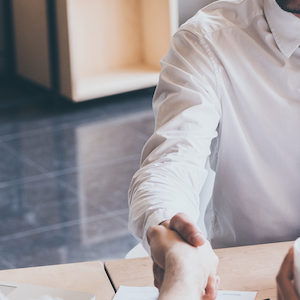 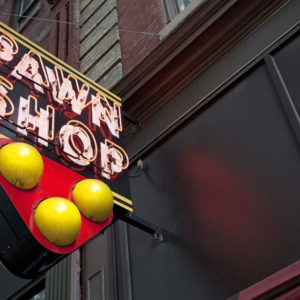 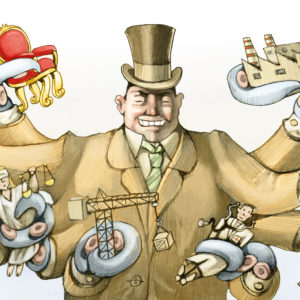 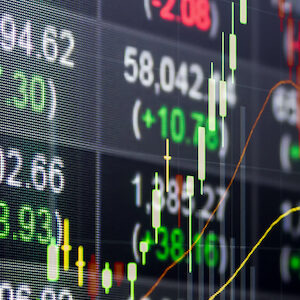