What do notable leaders like Ronald Reagan, Simon Sinek, and Tony Robbins have in common? What is it about them that’s so compelling, so inspiring, that it can affect millions of people?

While they all have different topics, ideas, and audiences, they all have one thing in common: the ability to deliver an incredibly well-written, highly motivational speech.

Whether you love these guys or hate them, you’ve got to admit that they know how to use simple words to galvanize an audience and how to invigorate them until they’re in such a state that they can’t help but take action.

Not only was President Reagan effective in using his speeches to get elected – and then re-elected – he also used his words to inspire the elimination of the Berlin Wall and to unite his constituents against the evil empire of communism.

Simon Sinek inspired an entire generation of entrepreneurs and business owners to think differently about their businesses, their products, and the people they serve. His “Start With Why” speech has reached over 46 Million people so far and he’s used it to create a book and to launch an already successful career into the stratosphere.

Tony Robbins can command stadiums full of people with just the power of his voice. Millions of people have been changed for the better by his messages. His audience members jump, laugh, shake, and sometimes even cry their way through the powerful changes he helps them with – and they all pay him handsomely for this opportunity.

The Power of Speech

These men were able to change lives – and maybe even change the world.

This one skill – public speaking – can change your life, too. And you don’t even need a stadium full of eager listeners to make it happen.

And you can even use it for the greater good – inspiring listeners to lead better lives armed with the power of your message.

Yes, you can learn to be a compelling public speaker. Even if you’re not sure who’d want to listen or what you’d like to talk about, there’s a message inside you. Once you let that message out into the world, you can truly make change happen.

How I Became Comfortable Speaking in Public

Before I started London Real, I had very little idea of who I’d talk to or what I’d talk about.

I thought of myself as an introvert – a geek, if you will – and I assumed no one wanted to hear what I had to say. Between my MIT background and my banking career, I thought of my areas of expertise as boring and certainly not fodder for any kind of inspiration.

Then I realized I had a different calling in life, and I needed to learn to speak in order to make it happen. Today, I’m so glad I had that epiphany because I wouldn’t be where I am without it. I would never have had the chance to interview dozens of influential people, and I wouldn’t have made an impact on the lives of tens of thousands of people, either.

It’s true – I had no idea where this journey would take me, but I’m so gratified to be where I am. I couldn’t imagine this trajectory in my wildest dreams, and I didn’t know where to start, either.

Looking back, I can now tell you where you begin – and it’s simpler than you think.

Here’s where you start.

Not all big ideas are the same – you don’t have to aim to end world hunger or cure cancer. You just have to find the big idea that’s unique to you and your life. It starts with the thing you’re an expert on – you know, that topic you could on and on about every day.

From there, there are four styles of big ideas. I go into more depth about each one

Once you’ve learned what those styles are, you can start to iron out your own big idea.

When you’ve figured that out, the sky’s the limit. There is no end to the great things you can do when you have an impactful message and the guts to share it.

You could use this message to give a speech at your next meeting. Not only will it cement your position as an authority on the topic to your peers, it will also impress your supervisors and subtly influence them to see eye to eye with you.

You could use your speech to impress a new idea among your community or church. If you see something in your sphere of influence that needs changing, that one simple speech could be the catalyst it’ll take to change it.

You could use your influence to create a ripple of transformation and help people you’ve never even met. With the advent of platforms like YouTube and Facebook, it’s easier than ever to take your message and amplify it so it can be heard around the world.

You could even go on to have a career as a public speaker. Whether you’d want to be a motivational speaker, an event host, or even a religious leader or politician, public speaking is the most effective way to get there.

If you’re even the tiniest bit interested in what public speaking can do for you, watch this video. It helps you get on the path to finding your big idea, and it’s a good dose of inspiration, too.

Take a few minutes to watch. I hope you enjoy it. 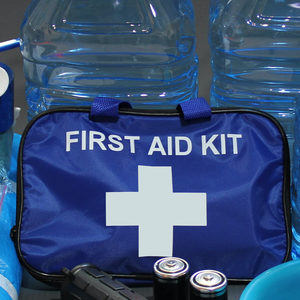 Are we on the brink of the same collapses we see in “weaker” countries? 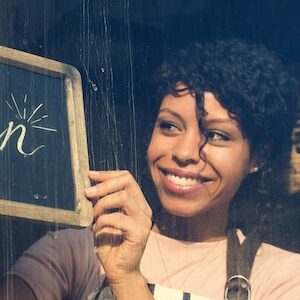 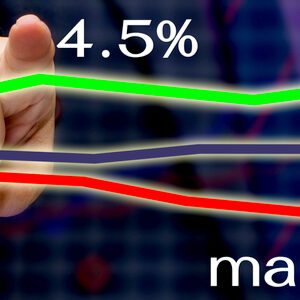