I’ve been talking a lot about Jim Rickards during the past couple of weeks. As you know, he worked for the CIA.

Not exactly a Jason Bourne, but more like a laid back Jack Ryan type analyst.

I am fascinated by Jim for so many reasons. He has lived such an interesting life, working for the biggest banks and the most exclusive parts of the government.

I know that people, including me, always want an inside view of the CIA and what goes on at Langley.

So, today I wanted to share with you what Jim and I discussed regarding his time working for the CIA and the CIA’s culture.

A Brief History of the CIA

This secretive organization dates back to World War II with the introduction of the Office of Strategic Services (OSS), a wartime intelligence agency that coordinated espionage activities behind enemy lines.

The Culture of the CIA

Jim has experience working at companies of all types and sizes. He started his career at Citi Bank when they were the largest bank in the world with offices in 103 countries and 300,000 employees. On the complete other side of the spectrum, Jim has worked at startups with only three employees and a tiny amount of seed capital.

No matter where he has worked, the main idea he comes away with is that “every organization has a culture” which is unique to that organization. Usually it’s a top down situation using the old Greek expression, “a fish stinks from the head down” as a joke to convey the sentiment.

The big thing about the CIA for Jim is that the culture there is different from anywhere else he has ever worked. The reason for this is because there is so little they can say to the outside world. You can talk more to your fellow operatives and co workers inside the CIA than you can to your spouse.

This creates a very insular world where when you’re at headquarters and talking to your peers you feel a sense of family, but the second you step outside those walls you are constantly reminded, “oh I can’t talk about that” or “I can’t say that.”

This results in a very strong internal culture. However, Jim notes, you are also trained to be aware of what’s called “social engineering.” He explains this by using the example of the Starbucks right next to the CIA headquarters in Langley. If a CIA agent is waiting in line for coffee and someone strikes up a conversation, the agent is trained to view that with suspicion.

So on the one hand, you have this culture of family community, but then on the other you have an established, well intentioned, paranoia. You are essentially trained to be suspicious of everything.

There is also a lot of compartmentalization, meaning that even though you may have super high security clearances, you don’t get to just go poking around in whatever you want. Beyond a security clearance you have to have a “need to know” and then you would get read into a program. There’s a lot of levels you have to go through.

James sometimes found this difficult when he was trying to do legitimate research on something, but if he hadn’t been specifically read into that program he would have to go to a security officer and then deal with a waiting before he could even see a document for work related research.

Ultimately, James would say the cultural markers of a bubble, closed-circuit family, very tight knit on one hand, but trained to be suspicious on the other, amplified by compartmentalization, makes the CIA a unique culture.

I related to Jim on this matter because I spent two summers working at a place called The Aerospace Corporation in Los Angeles which was a consultant to the Air Force and of course had a lot of top secret projects going on.

I was only 20 at the time and I remember they always had big posters on display that had slogans on them like “You Never Know Who’s Listening.” It was like a constant reminder to keep your mouth shut. Almost every single thing was closed door and secretive.

However, for how much secrecy and suspicious rule the culture, there have been multiple cases of “slip ups” by high power officials.

John Bolton, former National Security Advisor, came out of a meeting to give a press conference and you could see the notes from the meeting on the legal pad he was holding.

There was a similar event in the U.K with Theresa May getting out of a car with legible notes from a meeting.

However, Jim notes that as an intelligence analyst, it makes you wonder, “well is this disinformation, are they doing this on purpose to make us think it’s classified?”

It all goes back to the training to be highly suspicious and to always be questioning those around you and the information you are presented with.

I found Jim’s insight into the company culture at the CIA to be incredibly interesting and eye opening.

Make sure to check out our full episode here.

Hey, EUSSR: Cut a Deal, Before It’s Too Late

Inflation just hit 7.9%, as the enormous strain begins to rear its ugly head. Polish Ambassador to the United States, Marek Magierowski, calls for sanctions to last up to 15 years. Village Idiot Stephen Colbert says, “Today, the average gas price in America hit an all-time record high of over $4 per gallon. OK. That... 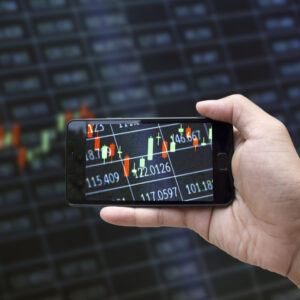 My List of Pros and Cons for These Trading Services 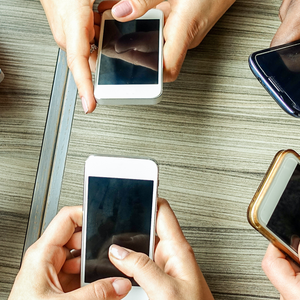 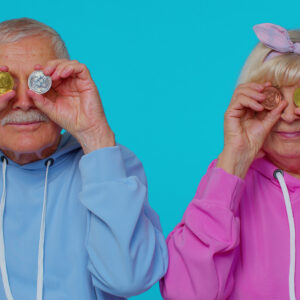 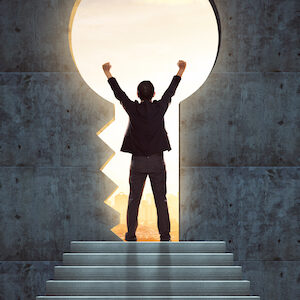 I literally once had to restrain this drunken degenerate gambler of a trader to keep him from overtrading. Learn how he grew up, turned things around, and found trading consistency … 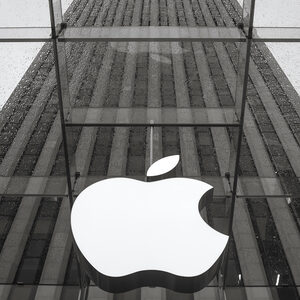 The New iPhone — Is It Worth The Hype?

At a virtual event on Tuesday, Apple executives unveiled the new iPhone with four versions. With multiple variations in size, features, and price, it now takes time and research to figure out exactly which iPhone is right for you.