When I was a young man, my poor dad, my biological father, touted the importance of going to a good school, getting a good, high-paying job, and investing in a “diverse” portfolio of stocks, bonds, and mutual funds.

Today, that advice is no different. The question is, how is that advice paying out for young people across the globe?

The answer: not well.

According to a recent report by The Guardian :

What we are seeing is a generation of middle-class children, now young adults, raised on conventional middle-class financial advice being completely left behind when it comes to their financial future.

Today’s millennials are faced with a tale of two economies: will they accept the narrative that the rich have decimated their financial prospects, or will they wise up and learn money really works and educate themselves financially to thrive in a world where the conventional advice about money doesn’t work?

There is a statement that I’ve always liked: “Giants often trip and fall, but worms don’t, because all they do is dig and crawl.”

The main reason so many people struggle financially isn’t that they aren’t smart or hardworking. It’s because they are afraid of losing. Rather than take a risk to become a giant, and experience the falls that come with the process, they instead choose to stay low to the ground where it’s safe and there’s no risk of falling. They’ve already lost because the fear of losing stops them.

Have you ever looked at someone successful and thought, “I wish I could do that. But I can’t because I’m not talented enough, smart enough, rich enough, pretty enough, lucky enough?

We often view those who have achieved success as being gifted with extraordinary powers or luck that we ourselves don’t possess.

Everyone starts out with challenges—even successful people. Overcoming those challenges and reaching one’s goals despite the odds stacked against them, is what propels some people to success. For those who buy into the excuses about why they can’t achieve something, their thoughts become a self-fulfilling prophecy.

When it comes to investing or becoming an entrepreneur, some of the common challenges are:

Instead of focusing on why your circumstances make it impossible to focus on investing, ask yourself how you can invest despite your challenging circumstances.

Oprah Winfrey says, “Whatever you fear most has no power, it is your fear that has the power.”

Fear can be a powerful force.

Our fearful instincts can help us avoid danger. But that doesn’t mean we should let the fear be in charge. Fear may keep us alive, but it can also prevent us from truly living.

The first thing an entrepreneur must do is conquer that little voice of doubt and fear that traps his/her mind. The little voice is the magnifier of all the obstacles in your way. It screams how hard it will be and it shouts the battle cries of all who would see you fail. Until that doubt is defeated, you are nothing more than a dreamer.

There’s a blog post by Seth Godin who defines a term called a ‘fear tax’ as a circumstance in which we sacrifice significant time and/or money doing things that are supposedly protecting us from something we fear, when in fact they’re not protecting us, just wasting our resources and even leading to more anxiety.

This ‘fear tax’ idea can apply in many areas of life. With investing, for instance, a lot of people do not learn to invest their own money—instead, they hand it over to an ‘expert’ to manage—because they are afraid of making a bad investment decision and losing money.

The irony is that they end up losing more money ‘playing it safe’ than if they had learned to invest, started small, and just gotten out there and learned how to do it. They pay a fear tax. The tragic truth here is that most people don’t discover the amount of the fear tax they paid for this

Fear is real. Everyone has it. And everyone has fear of losing money, even the rich. But it’s not having fear that is a problem. It’s how you handle your fear. No one likes losing, but often the dividing line between champions and perennial losers is how they handle failure when it does happen. Similarly, the primary difference between a rich person and a poor person is how they manage their fear.

In all my years, I’ve never met a rich person that hasn’t lost money. But I’ve met a lot of poor people who have never lost a dime—investing that is. My poor dad was like this. He feared losing money, but rather than face his fear, he ignored it. He did nothing. He simply avoided the issue, refusing to discuss the subject. Playing it safe helped him not lose money, but he never got rich either.

My rich dad, on the other hand, told me that if I wanted to be rich, I had to first acknowledge my fear and then overcome it. He said the best way to do that was to think like a Texan.

“I like Texans,” my rich dad said. “In Texas, everything is bigger. When Texans win, they win big. And when they lose, it’s spectacular.”

“That’s not what I’m saying,” said rich dad. “Nobody likes losing. Show me a happy loser, and I’ll show you a loser in life. Rather, I’m talking about the Texan’s attitude toward risk, reward, and failure. They live big. They’re proud when they win, and they brag when they lose. They have a saying, ‘If you’re going to go broke, go big.'”

Rich dad used the Alamo as an example of this Texan attitude. The Alamo is a story of brave people who chose to fight, even when there wasn’t any hope of winning. They chose to die instead of surrendering…and they got their butts kicked. But, how did Texans handle this? They said, “Remember the Alamo!” They took a loss and made it a win.

“The Texans took a failure and turned it into inspiration…and a tourist destination that makes millions,” said rich dad.

“The formula for all winners,” said rich dad, “is that failure inspires them to become winners because they learn from their failures.”

Nobody does anything great without failing. Championship bikers had to first learn how to ride a bike, and they fell off their bikes in the process. Each time they were faced with the decision to either quit or get back on. The same is true for pro golfers. I’m sure they’ve lost many golf balls over the years. The difference between winners and losers is whether they look at failure as an opportunity to learn and grow, or as an opportunity to quit.

People who are afraid to lose never take the field, and when they do, they play not to lose rather than to win. Unfortunately, they rarely win.

People who hate losing take the field and play to win. When they do lose, they use it as inspiration to get better. It’s that attitude that makes them champions.

If you want to be rich, stop playing not to lose and start playing to win.

The conventional financial wisdom is to build a balanced portfolio of stocks, bonds and mutual funds. That is a safe and sensible portfolio. It’s a portfolio of someone playing not to lose rather than playing to win. And it’s a portfolio that won’t get you rich.

The rich don’t play it safe with balanced portfolios. Rather, the rich are focused. Balanced people go nowhere. They stay in one spot. To make progress, you must be unbalanced and focused. 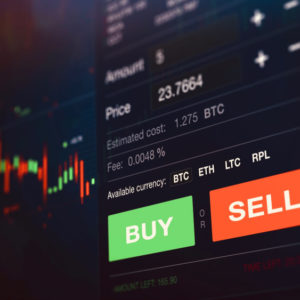 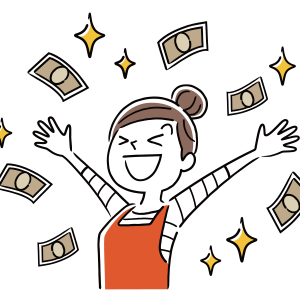 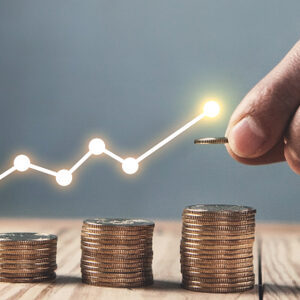 Dear Penny Stock Millionaire, Stocks on the stock market move in two directions: up and down. When a stock’s price increases, sellers make money by selling at the higher price. That’s called buying and selling stock. However, there’s another way to trade: short selling. If you know how to short a stock, you expand the...