Now that winter’s here, mornings seem to be a little bit harder. After all, it’s cold, and often wet or frozen out, and when the day is going to be gray and soggy, waking up and hopping out of bed feels a little bit harder no matter who you are.

Maybe you’ve thought about moving somewhere warmer for the winter months, or maybe you’ve adjusted your routine so you don’t have to deal with it as much.

But wouldn’t it just be so much easier if we could live like bears and other animals and hibernate the winter months away?

While that used to be just a silly idea, it might not be impossible…

And in addition to helping us skip out on bad winter weather, there are actually other, more practical applications, too.

From organ donation to space travel, it turns out humans could benefit from periods of manipulated sleep.

For example, when it comes to visiting other planets, we’re limited by the amount of time it takes to get there (according to the New York Times, a round trip to Mars takes about two and a half years) and by the sheer amount of stuff (think food, water, toilet paper – and that’s just for starters) it takes to sustain an astronaut’s life for that time period.

If we could induce a hibernation state, instead of packing everything in and waiting, the astronauts could sleep the time away and wake up nourished, rested, and ready to explore.

Right There And Now

In another example, scheduling an organ donation is a tricky thing. The donor organ and the recipient have to be in the right place at the right time, or the organ itself ages out and is no longer viable.

Thousands of people die every year just waiting for their transplant, and meanwhile, organs are becoming available, but they’re not close enough to the recipient to make a difference.

Hearts and lungs, for example, are only viable for a few hours – if the recipient isn’t right there and waiting, they’re going to miss out.

If the donor organs could be put into a hibernation state, they could be waiting and ready for use when people need them – instead of just hoping that the timing works out when a donor passes away.

These are just two of the potential uses for hibernative states, and there are many more ideas on the horizon.

Scientists are currently working on ways to make these ideas reality.

What Exactly Is Hibernation?

How can animals as diverse as large mammals like bears or small reptiles like snakes go for months without eating or performing other necessary bodily functions?

What changes in their physiology that makes this state of torpor possible?

And once we figure that out, how can we trigger these changes in human beings?

Here’s an example of what they’ve learned so far.

A molecular biologist studied the hibernation patterns of a certain species of squirrel and used that information to create a treatment for hemorrhagic shock.

Once he noticed that these squirrels used melatonin – aka the sleep hormone – to stay well while in a state of hibernation, he was able to create a melatonin-based remedy that could help limit the cell damage caused by massive blood loss. This treatment has passed through animal testing phases and will be tested by the FDA in the future.

This sleep-based treatment has applications that could help car accident victims, wounded soldiers, and more, so this advance is pretty incredible.

But you can still benefit from these types of advances.

When I had Dave Asprey on London Real recently, we dug deep into the topic of sleep and how much sleep a healthy human needs.

Dave is a well known tech entrepreneur and expert biohacker, the founder and CEO of Bulletproof (which you may know as the company behind Bulletproof coffee), and the author of five books including the best-selling Gamechangers: What Leaders, Innovators and Mavericks Do To Win at Life and Super Human: The Bulletproof Plan to Age Backward and Maybe Even Live Forever.

He’s researched and experimented widely with health and sleep to see how much the average human needs and what changes they can expect when the amount of sleep they get regularly goes up or down.

What he found went against the conventional wisdom that more sleep is always better.

It turns out that for most humans, it’s not the quantity of sleep that counts.

According to studies that Dave found, the 6.5 hour mark is the optimal amount of sleep for a healthy, long life.

But that’s not because 6.5 is some sort of magic number. It’s because people who are healthier and live longer because they get the right amount of quality sleep.

They get massive rest in a short amount of time, which supports their health, and vice versa.

Dave himself has “hacked sleep” by modulating the kinds of light he’s exposed to and by taking supplements that support sleep.

In other words, he prepares his body and his environment for optimal sleep… just like the bears do – and so can you.

Even if space travel hibernation or donor organ hibernation is years away, we can still do things to improve our sleep and health.

If you have problems sleeping, whether that’s too little sleep, too much sleep, or even just brain fog and general fatigue throughout the day, look into light modulation and supplements – or even start researching and create a “sleep hack” prescription of your own.

If you’re into making sure every waking minute counts…

It’s a good idea to make sure your non-waking hours count, too. 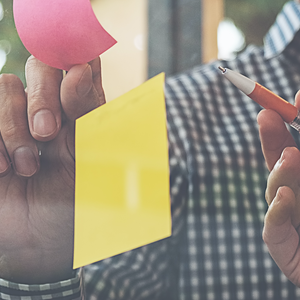 If you’re concerned about a market downturn and how it would impact your retirement, take a look at this retirement plan…