Big news was made just a few days ago when the news network CNN settled out of court with Nick Sandmann.

If you’re not familiar with the name, Nicholas Sandmann was the teenager from Covington Catholic High School who was filmed either smiling uncomfortably or smirking (depending upon which camp you’re in) at a man named Nathan Phillips who was playing a drum and singing just inches from Sandmann’s face at the March For Life; a pro life rally.

When this video was posted online, mainstream news outlets and people of influence alike weighed in, calling Sandmann a racist, a bigot, and a whole host of other invectives. Even though he didn’t say a word in the video clip, Nick’s big crime was that he was wearing a…

The red hat coupled with the narrative of a Caucasian boy mocking a (then rumoured to be) Native American Vietnam vet was a match on gasoline.

Once this story went into the public, it was whipped into a frenzy.

People picketed Sandmann’s family home. They threatened him and his parents. The phone calls and in-your-face harassment was nonstop.

Nick had to miss school and school events. His family had to move out of their home temporarily  in order to stay safe.

Upon further inspection, it was discovered that Nathan Phillips was not a decorated Vietnam vet, and that the tensions seen in the video were created by a third party.

And the members of the media who took a sliver of information and blew it up into the story of the month.

Rather than slinking away with their tails between their legs – not to mention ruined prospects for Nick’s future – the Sandmann family decided to turn and fight.

They contacted attorneys and began to build a case in order to combat all the fake news swirling around about their son.

After a brief battle, CNN was the first to cave. The Sandmann family sued them for an estimated $275 Million, and CNN settled out of court for an undisclosed sum.

The Family Isn’t Done Yet

The Sandmanns intend to pursue legal action against all of the other major players in this scandal.

The list of people and entities that their attorneys have contacted to begin the steps of legal action for libel and defamation include:

And many, many more.

Basically, anyone who used this thin sliver of information to whip up anger, hatred, and acts of violence against this kid will probably end up in court…

Or they’ll follow CNN’s lead and settle out of court – possibly even to the tune of MILLIONS of dollars.

This Single Case Matters to Both You and I

The media plays an integral part in our world, but lately, the parameters of that role have been skewed – badly.

In the recent past, there’s been too little investigative journalism…

And too much rush to judgement – all in the name of ratings.

You see, reporters would rather be first and loudest than right.

The Nick Sandmann case isn’t the only example of this, either.

If you’ve been to the movies lately, you might see a poster or preview of the Richard Jewell movie. This was another case where the media jumped on a story before the facts were in – only this time, their premature allegations cost a man his livelihood.

This is a true story – it took place during the 1996 Summer Olympics in Georgia. Jewell was a security guard who discovered bombs at the location – only to have the media late surmise that he was, in fact, the one who’d planted them.

This suspicion cost him his job and his reputation. Even though the real bomber was found and tried, Jewell’s name was synonymous with “possibly guilty of terrorism”… until now.

It took Clint Eastwood to make a movie to clear this man’s name.

That should never be – the truth should always prevail without extraordinary measures.

And turns it into a media circus with good guys, bad guys, and the judgement of the public – all in the name of “a good story”.

We need to expect more from our media than this.

We need truth and accuracy in reporting – and most of all, we need the information to be delivered without the poison of bias.

We, the citizens of the Western world, need to hold our journalists and news sources accountable when they create these stories out of whole cloth…

And we also need to pause and take a deep breath when we see these outlandish stories.

Rather than seeing a headline and reacting with vitriol…

We need to take a minute and ask ourselves…

Who benefits from this narrative?

Could it possibly be true the way it’s being told?

Or am I only seeing one small sliver of a much larger story?

Once we take the time to employ this perspective, we’ll stop giving the mainstream media the clicks and incendiary commentary it’s so hungry for…

Then and only then can we hope to get fair, unvarnished truth in our newspapers and on our TVs…

Until that day, we must remain vigilant, and, as always, think for ourselves. 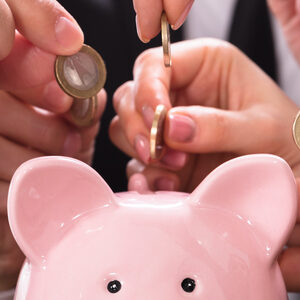 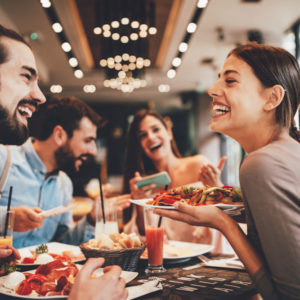 Eating out is fun, but it can really break the bank if you aren’t careful. Fortunately, I have a variety of ways that you can still get out and save a bundle while you’re at it!

Turkey made noises about Sweden and Finland’s accession into NATO. Although this made the elite cringe for a second, it’s probably just a negotiating ploy. Even Putin has backed off concerning their accession, only warning about placing weapons there. Good morning on this fine Tuesday. Napoleon Bonaparte once said, “If the Earth were a single... 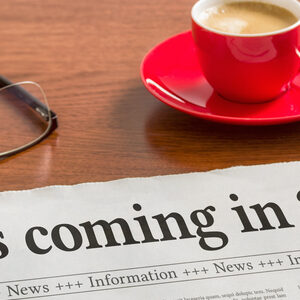