In a world where every piece of media we see is vetted by a committee, sent back for revision after revision, polished to the Nth degree, and then presented to us as perfect, it can be hard to remember what the good old days of tv, film, and entertainment were like.

When the average magazine cover features a person who’s been trained, professionally groomed, tanned, lit, posed, and photographed, and then the image is still Photoshopped within an inch of its life, it’s practically impossible for the everyday Joe to look in the mirror and feel good about himself.

And with everyone editing what they share on social media to the point of creating fake narratives about their real lives – complete with posed, professional photos – just to digitally “keep up with the Joneses”, it’s almost too much to deal with.

I don’t know about you, but when faced with this relentless pursuit of perfection, it almost makes me want to give up our modern conveniences and revert to the caveman days where men were men and personal grooming, selfies, and green smoothies weren’t even a thing.

Also, in a world where celebrities like Sting and politicians like Al Gore hold themselves up as models of climate conscious perfection – all while traveling around the globe in private jets – it can be hard to believe anything that comes out of anyone’s mouth anymore.

We may strive to meet that level of perfection – no matter how artificial – but the truth is we never can.

After all, it takes a lot of money, time, and energy to live up to that standard, and most of us just don’t live like that.

This can be kind of depressing if you’re trying to accomplish something or stand out in any way.

Whether you’re trying to forge a deep relationship with someone you care about, or simply trying to get ahead at work, you may feel tempted to put on the best facade you can…

But keeping that up indefinitely is difficult, and what’s more is that you’ll never let people know the real you. This kind of pretense gets old – fast.

You might wonder, though, how you can live without the fake, slightly more impressive version of you – after all, you’ve been living with this false persona for so long, so it can be hard to change that.

The trick to succeeding even after you screw up…

I’ll tell you what does all of that and more.

Now, I know. Being told to “be more vulnerable” sounds bad. Just hearing that sentence may make your hackles go up.

Why should you let your guard down, right? It’s a harsh world out there…

You should allow yourself to be vulnerable because it feels better than faking it all the time, and because it gives you an advantage you’d never have otherwise.

James Altucher is a perfect example of that rare combination – a successful man who’s comfortable with his vulnerability.

James is a chess master, breakdancer, comedian, entrepreneur, broadcaster, and best-selling author. He’s written literally thousands of articles for the Wall Street Journal, TechCrunch, and the Financial TImes. His book Choose Yourself! Be Happy, Make Millions, Live the Dream was named by Business Week as one of the top 12 business books of all time.

When we sat down together on the set of London Real, James and I talked at length about vulnerability and how he uses it like a tool instead of a handicap. 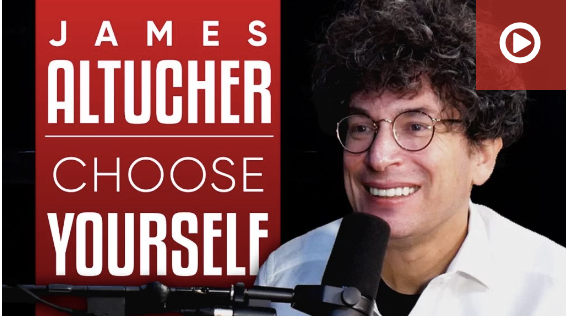 First, James recognizes that if he’s not honest with people, if he puts up a false front, chances are good that they’ll be able to tell something’s off.

We’ve all experienced this before. Maybe you’ve gone to buy a car and even though the salesperson was very professional, you just sensed that he wasn’t telling you something. Some element of his persona was just off.

When you cut to the chase and are honest and vulnerable in a given situation, people can read that, too. They’ll feel that you’re being genuine – and that feeling goes a long way.

Also, when you’re open and vulnerable, you are giving up a small element of your privacy. After all, you’re letting people in and allowing them to know things about you. The trade off for this, though, is that you gain freedom. You can relax and know that a person knows you and likes you anyway – warts and all. You gain the freedom to talk more openly and candidly. In the end, people respect that and it feels damn good.

Finally, vulnerability lets you tell your story in a way that makes you a hero.

You know that question they always ask at job interviews, “What’s your biggest flaw?”

Well, most people answer that question in a very sneaky, self-aggrandizing way. “I’m just very detail oriented, I’m too much of an achiever” – something like that. And of course the interviewer can tell this is BS from a mile away.

If you answer the question with vulnerability, however, you can give your answer truthfully and still come out looking like a hero.

The big hint on this one is to tell about a time that you had a problem because of your flaws – and then describe how you overcame it.

Vulnerability is the key to turning what would normally be glib answer into a hero’s journey – one that makes you sound great in the end.

I recognize that the thought of being more vulnerable is a frightening one, but the rewards far outweigh the risks on this one.

The next time you find yourself in a situation where you really wish you could open up and tell your real story, but you worry that you shouldn’t…

Give It A Shot Anyway

The truth will set you free. Letting people know your truth is one of the most freeing experiences of all.

Try it and see how well it can work for you. 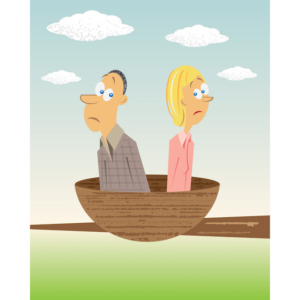 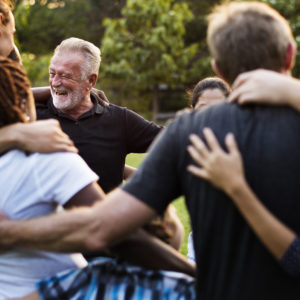 Without This, We Won’t Make It

Why do people care so much about others? Stick to worrying about yourself & making the world a better place. 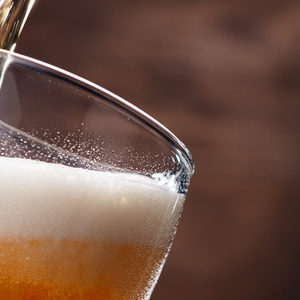 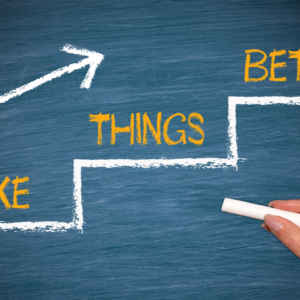 You probably see signs staked into the grassy medians at intersections advertising some get-rich-quick opportunity or another. Some investments are legitimate, while others turn out to be scams. If you want to invest your money wisely, you need a legitimate outlet.