In a few articles roughly one month ago, right after one of the Democratic debates, I outlined how various presidential candidates from the party view our country’s Social Security program.

And while we didn’t hear anything about this massive issue on the 25th – what a shock! – I absolutely believe the national conversation needs to continue.

So, today, I want to discuss a facet of the current system that raises serious issues but gets little attention.

Joe Biden has been one of the only big-name politicians to mention the term recently.

“Protect widows and widowers from steep cuts in benefits. For many couples, the death of a spouse means that Social Security benefits will be cut in half – putting pressure on the surviving spouse who still needs to make the mortgage payment and handle other bills. The Biden Plan will allow surviving spouse to keep a higher share of the benefits. This will make an appreciable difference in the finances of older Americans, especially women (who live longer on average than men), raising the monthly payment by about 20% for affected beneficiaries.”

Now, this sounds great but it doesn’t tell the full story…

Yes, when one member of a couple dies, that person’s benefit stops coming in.

However, the surviving spouse can step up to their significant other’s benefit if it was higher than the one they were already receiving.

In other words, only the household’s lower benefit check is lost.

Meanwhile, every spouse has the ability to collect Social Security benefits based on their living significant other’s work history even if they never accrued enough credits on their own.

I consider this a major flaw in the way Social Security is currently structured.

Let Me Give You A Practical Example

Consider a case I know of personally – a woman who takes her monthly Social Security benefit right to the local casino every time she gets a check in the mail.

As stupid as I think that is, I firmly believe in her right to do so.

The part I find frustrating is that this woman is only receiving her benefits because of her spouse’s work history.

She never actually contributed enough into the system to qualify for a benefit on her own.

What’s more, it’s not like this particular couple needs that extra money from Social Security.

The husband has always had very cushy jobs with the government and educational institutions.

Those gigs have surely handed the couple not just solid earnings but also very nice pension income for the rest of their lives.

Which is why they can afford to drive luxury cars and gamble away money that other folks (like you and I) put into the system.

It’s an extreme example, sure.

And by extension, why I think the Joe Biden proposal outlined earlier is flawed.

What About Survivor Benefits?

I absolutely believe widows and widowers should receive survivor benefits from Social Security all the way up to the maximum amount indicated by the higher earner’s work record.

At the same time, I don’t believe any spouse should receive extra money during OR after a death in the marriage.

After all, it’s pretty hard to imagine any kind of defined benefit pension plan that’s able to pay out two streams of income for every one person who initially contributed!

Yet that’s what Social Security currently does: Full-retirement-age spouses qualify for half of their significant other’s benefit, even if they’ve never contributed one dollar into the system.

Of course, Social Security does even more than that…

A Social Security recipient’s minor child (biological or adopted) – or even a dependent grandchild – can also qualify for the same 50%-of-the-earner’s benefit.

The system does place a limit on the total amount of money that can go to any one family – anywhere from 150% to 180% of the original benefit depending on the amount of the checks and the number of family members involved.

Regardless, things can get even more interesting because a divorced spouse can also qualify for benefits separately!

Here’s a fictitious example just to highlight how weird things can get:

Bob and Jane were married for 40 years. Jane stayed home taking care of the house and kids during that time so she never contributed into the Social Security system.

Bob and Jane get divorced. Jane never remarries but Bob quickly does. Then, he and his new wife decide to adopt baby twins.

At this point, Social Security could be paying:

Is this a common scenario? No.

But I certainly could have made it even more convoluted.

Just consider a person who has been married several times over a 30-year period, for example.

And the point is that Social Security is far more than a simple retirement program that also provides survivor benefits to a single spouse.

Given the system’s financial problems – and the final day of reckoning getting closer and closer – our nation is going to have to make some serious decisions about the program.

In my opinion, before we talk about any other type of change, we should immediately stop paying extra benefits to a spouse while the qualifying wife or husband is still living.

But if a single spouse’s income was sufficient during a couple’s working years, there’s no reason they should get to double dip Social Security payments from that single contributor.

This is precisely why the Biden argument falls apart.

At the very least, this is one place where some level of means testing actually does makes sense.

It’s certainly far more reasonable to apply means testing to living couples that receive “unearned benefits” from the system rather than raising the earnings cap on current contributors or further reducing benefits being paid to anyone who actually contributed money into the program.

So if we end up actually hearing more talk about Social Security reform as the election draws closer, I encourage you to always dig a little deeper into the facts before you let emotional arguments sway you one way or the other. 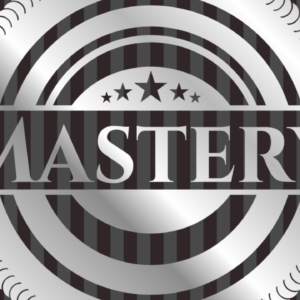 Learn about one of the most powerful tools in the smart trader’s arsenal.

The Rude’s Guide to the Crazy New World of Acronyms

Welcome to the Rude’s Guide to the New World. This is meant to help you out and make you laugh.  It’s not an exhaustive list, so feel free to write asksean@paradigm.press if you’ve got any good ones you’d like to add to the list. Thank you for your continuing support of the Rude.  It means...

Power outages can be incredibly dangerous and scary situations, leaving people stranded without heat or power. Today, we go through some guidelines about how to prepare for a power outage and tips for what to do if you find yourself affected by this ongoing winter weather. 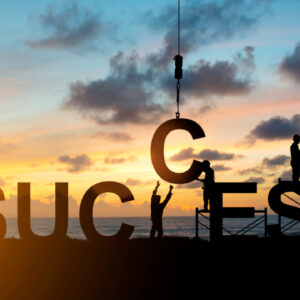 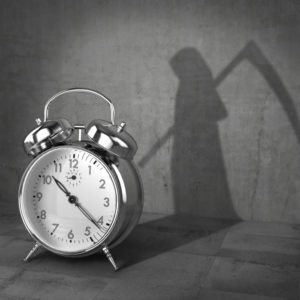 3 Things Everyone Should Do Before They Die

You need to get clear on how much money you’re going to have when you die and when you think your time will be up so you can start spending more while you’re alive and enjoy life to the fullest.