🤨 Who Really Matters In America?

After the financial crisis in 2008, bailouts were the name of the game.

Today, the bailouts that were once reserved only for big banks and bankers with political clout have expanded to the entire financial market. If you and I took the risks that the biggest corporations did, we would lose everything. We would not be bailed out.

To understand, you have to look back at what happened March 23, 2020. That day will be an important date in history and one which has impacted the lives of millions of people, forever. You probably remember that the stock market closed more than 35 percent off its peak, which — at the time — seemed like we would be sliding into another depression sooner than later.

However, the morning of the 23rd, the Fed announced it was “committed to using its full range of tools to support households, businesses, and the U.S. economy overall in this challenging time.” They continued by saying, “While great uncertainty remains, it has become clear that our economy will face severe disruptions. Aggressive efforts must be taken across the public and private sectors to limit the losses to jobs and incomes and to promote a swift recovery once the disruptions abate.”

As David Dayen put it in his article on The Intercept, “March 23 would swing investors from despair to relief, and reveal who really matters in America.” He continued to say, “The measures included many actions taken during the 2008 financial crisis, with one new wrinkle: Direct purchases of corporate debt—the first non government bond-buying in the Fed’s history—would now be allowed.”

It turns out that this time, the “too big to fail” institution is the bond market.

Bailouts are the Name of the Game

Many people grumble, criticize, and complain about big banks, politicians, and the financial crisis.

To me, this is a waste of time.

As G. Edward Griffin states in his book The Creature from Jekyll Island, “Bailout is the name of the game.” In other words, what you see today is the real game of the Federal Reserve System.

The system was designed to allow big banks with political clout to make a lot of money, fail, and then be bailed out by the taxpayers. In the process, the rich get richer and the poor get poorer.

This Fed is not for you. It’s for the rich and powerful.

In his book, G. Edward Griffin succinctly explains why bailouts are not accidents. “Bailouts” have been the objective of the Fed since that meeting at Jekyll Island. Bailouts are one of the ways that the “creature” and GRUNCH steal our wealth.

There are dozens of examples of bailouts for the rich over the years. For example, in 1989, Neil Bush whose Silverado Savings and Loan was bailed out. In 2008, Hank Paulson, as Secretary of the Treasury, insisted on establishing the Troubled Assets Relief Project which was the bailout for big banks.

We already know the Fed will bail out the banks and corporations.

Will the Fed bailout mom and pop?

Why would you save money when the Fed is printing money?

In 2008, banks dropped interest rates, some below zero and at the same time, the banking system printed trillions in fake money. Not only did savers lose the interest income on their savings, but their savings lost purchasing power to the trillions in fake money printed by the banking system. The bankers who caused the disaster got bailed out and paid billions in bonuses, while savers became the biggest losers in world history.

The coming disaster will be much bigger than the 2008 crash, and yet schools continue to teach students to get out of debt and save money. In 1971, the world changed but the education system didn’t.

What many Americans are finding out is there is no limit to the amount of money the Fed is willing to print to save the economy. But what many fail to realize is that this unlimited printing of money has huge consequences.

Get out of the Fed’s System

In my book FAKE, I write about buying my first gold coin, a South African Krugerrand, in Hong Kong for about $50. I still have that gold coin and today as I write, it is worth about $1,500. This is because, since 1971, the U.S. dollar has lost nearly 97 percent of its purchasing power. This is why I say “savers are losers” and why Kim and I save gold and silver, not dollars.

When Nixon took the dollar off the gold standard, the event was a milestone. If you are serious about investing outside the system, start with a foundation of gold and silver.

If gold is too expensive, start with silver coins. Personally, in 2020, silver is the smarter buy. An investor with $2.00 can start investing in investment-grade silver—pre-1964 dimes. Everyone in the world can afford $2.00.

Gold and silver are god’s money and will last much longer than cash or paper assets. The gold you buy today can be held by your family for generations.

Credit: Sean Ring The Dow was up about 800 points. Earnings were good; Russia was better. Let’s rehash what I wrote about Russia in March. Happy Hump Day! I know you’ve been reading the Rude for ages, but there are some who haven’t. I sit in NYC, cracking up that the WSJ thinks the Dow... 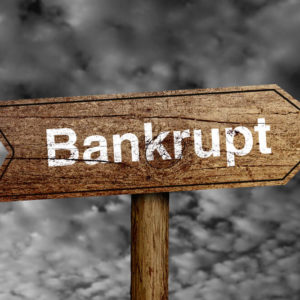 How to Overcome the Fear of Spending in Retirement

Your whole life you’ve been told to save your money and spend wisely. While these good habits have served you well throughout your career, they actually start to work against you in retirement. 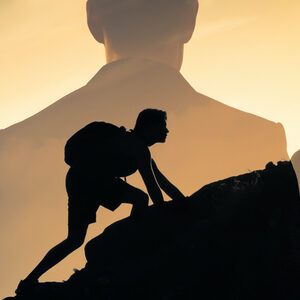 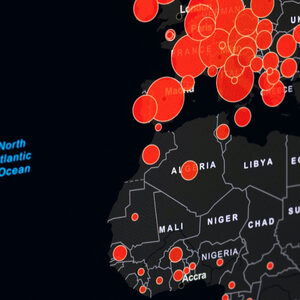 The panic that caused the recent Bitcoin selloff was driven by amateur investors looking to make a quick buck. True investors held tight — as did I. At the start of 2020, Bitcoin was trading around $7,000, which means it’s still up more than 400% — even after crashing last month. Here’s how to understand what happened, and what it means for investing in cryptocurrencies.