In 2006, Donald and I came out with our first book together, Why We Want You To Be Rich. We wrote the book because we are concerned with the collapse of the middle class in America. We stated that bad investments and mismanagement of our government were destroying the lives of many people.

We wrote about the coming economic crisis and what people could do to not be victims of the crisis. We wrote about inflation making the lives of millions of people more difficult. And we endorsed the idea of financial education as one way to get out of the crisis.

We chose to co-author books because we are both educators, we both had rich dads, and we are concerned about the quality of education in America today. We believe real financial education must be made available to all students.

I am incredibly lucky to have co-authored two books with the President of the United States, and I think the biggest commonality between the President and myself is that we both see financial education as the most important thing one can do for themselves.

I’ve said it before, the government can’t save anyone, but a financial education can.

The Power of Debt

One reason why the rich grow richer is that they use debt to become richer. Unfortunately, without financial education, debt makes the poor and middle class poorer.

Donald Trump summed it up, saying: “You know I am the king of debt. I love debt, but debt is tricky and it is dangerous.”

One reason is that the economy grows when you and I create money by borrowing money. When you pay off your debt, the economy gets smaller.

While watching television one day, an infomercial came on advertising a free seminar on investing in real estate. I attended the free seminar, liked what I heard, and invested $385 for a three-day course. That $385 was a lot of money at the time because I was still in the Marine Corps and not making much money.

The three-day program was great. The instructor was real—a rich, experienced, and successful investor who loved to teach. I learned a lot from him. At the end of the program, the instructor gave me some of the best advice I have ever received.   He said, “Your education begins when you leave the  class.”

After 90 days of looking at and writing one-page evaluations on 100 properties, I identified my first real estate investment opportunity.

It was a 1-bedroom/1-bath condominium, next to the beach on the island of Maui. The entire development was in foreclosure and the price for the condo was $18,000. The seller was offering 90% financing.

All I had to do was come up with $1,800 for a 10% down payment. I handed the real estate broker my credit card for the down payment and the property was mine. I purchased my first investment property with 100% OPM—Other People’s Money. I had none of my own money in the investment.

You must be very careful with debt. It takes financial education to learn how to use debt to get rich. Debt is a double-edged sword. Debt can make you rich and then, suddenly, something changes and that same debt is making you poor, very poor.

That is why Kim and I created the CASHFLOW® board game. It is the only financial education game that encourages players to use debt to win the game.

The Power of Expanding Your Means

Living below your means is the idea that you should not spend more money than you bring in each month. It is the kissing cousin of the scams, “Get out of debt” and “Save money.”

Some so-called financial gurus advocate for eliminating your debt and creating a small budget to live on, sticking with it even when you get a raise or a bonus and saving that money. As the thinking goes by those so-called experts, the reason why many people are poor is that they cannot control their spending. As soon as they get their paycheck, they go on a shopping spree, spending it all on things like clothes, cars, and more. The only way to stop this cycle of financial destruction is to live below your means.

When my wife and I want to splurge on something, we don’t look at where to cut costs. Instead, we acquire an asset to offset the cost of what we want. So, instead of always looking for what we can cut to afford something, we’re always looking to expand our means to cover the cost of what we want. It’s a completely different mindset, given to me by my rich dad.

The Power of Financial Education

This is why most bank credit cards offer free travel, or cashback, and other “perks,” to encourage people to get into debt. The banks make money from debtors, not savers. After the 2007 real estate mortgage crash, credit cards became the number-one source of income for many banks.

My poor dad used debt to buy his house and car. That’s bad debt. Bad debt buys liabilities. Bad debt is the debt you have to pay for. Rich dad used debt to buy investment properties and grow his business. That’s good debt, and as I explained good debt makes you richer. Good debt is debt someone else pays for. Governments give tax breaks to people who know how to use good debt.

The world banking system is built on the Fractional Reserve Banking System. This means that for every dollar a saver puts in the bank, the bank can lend a multiple of that dollar to debtors. For example, if the fractional reserve is 10, that means the bank can lend $10 for every $1 a saver deposits. If inflation is too high, the Central Bank (such as the Federal Reserve in the United States) can use its tools to effectively lower the fraction a bank can lend to, let’s say, 5… with only $5 dollars available to the bank to lend for every $1 deposited by a saver.

Good morning.  It’s the start of another week. Grab a coffee while I try to unpack the news that Palantir bought physical gold bars and why it did so. I imagine my erstwhile colleague Jim Rickards rubbing his hands in barely disguised glee. First, who is Palantir? Palantir Technologies is a big data software company... 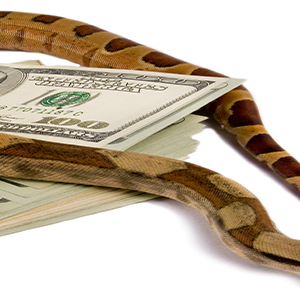 NOW Is When You Strike

When markets take a pause… 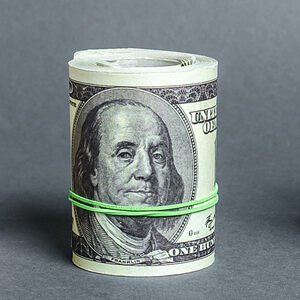 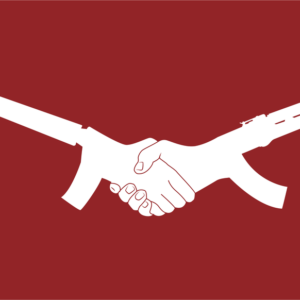 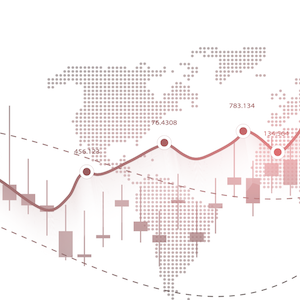 On Monday, the markets opened (and closed) ugly with all the majors down. In particular, the Nasdaq composite enter an official bear market. That means the Nazzie is down 20% from its most recent high. Good morning on this fine Tuesday! I think we all knew Monday was going to be a shocker, but this...