Crypto: The Future Of U.S. Currencies?

Here’s a question, What is money?

Most people will tell you it’s a dollar or a digital transaction representing dollars. They believe that money is a tool of exchange. They are, of course, right in one respect. But if it only has value when it is being used or exchanged, it is not money, it’s currency.

Currency must flow, just like a current (hence the name). It does not have actual value; it merely represents value. The paper that is used to print a dollar on is not worth a dollar. The paper does not have the value, it simply represents the value. It is not money because it holds no individual value. To take it a step further, dollars are the opposite of value. Dollars are debt.

Today, people of all ages—young and old—are in trouble because their ideas about money aren’t just old, they’re obsolete. With bonds and interest rates at historic lows, residential real estate growing at its fastest pace in 6 years, stock markets at all-time highs, there are not many places to earn a yield on money right now.

Crypto is taking a lot of the spotlight for that very reason—crypto is up 300%. This is only going to cause more people and financial institutions to add crypto to their portfolios as financial technology companies open up more and more accessibility to getting it.

I know there are three sides to every coin, the head, tail, and edge. Wisdom is found on the edge.

On one side of the coin, we have the “old” guys who won’t even consider Bitcoin and cryptocurrencies, on the other side of the same coin we have the younger guys, who don’t trust the system and the Federal Reserve and they will only invest and buy crypto.

Late last year, I was introduced to Jeff Wang, a specialist in blockchain technology. Since he is an expert and one of these “young guys” who know more than I do, I invited him on the Rich Dad Radio Show to talk about the future of cryptocurrency. During this particular conversation, we discussed DeFi and how it will change the future of money.

DeFi is short for decentralized finance. It is built on blockchain, the technology behind Bitcoin. What makes DeFi unique is that it expands the use of blockchain from value transfer to more sophisticated financial services applications.

The Basics of Bitcoin

Bitcoin is a decentralized ledger. You can think of it like an Excel sheet that nobody owns. But everybody that has Bitcoin has a cell within that Excel sheet. You can control the money coming out and you can receive money. Bitcoin has a fixed supply of 21 million Bitcoin, unlike the dollar, and as more Bitcoins are minted, it gets less and less inflationary.

Today, Bitcoin is hovering around $49,000. But price here doesn’t matter because Bitcoin itself is not pegged to any world currency. Bitcoin is inversely correlated to the dollar so as the dollar gets printed, the price of Bitcoin rises.

Everyone agrees that Bitcoin is a hedge against the dollar, but at some point, it might be overcorrecting. A third stimulus would again, further devalue the dollar and further give Bitcoin that hedge up.

Late last year, many experts were calling for Bitcoin to hit a  $50,000 range—looks like it could even go higher.

The Basics of Ethereum

Ethereum took that decentralized ledger idea of Bitcoin and added a programmable logic on top of that where people can develop code on the blockchain technology.

Most of the financial applications that call themselves DeFi are primarily on Ethereum, where nothing else has come close on the other blockchains in terms of adoption.

During our conversation, Jeff Wang said, “I think Bitcoin and Ethereum will follow each other directionally, but Ethereum is already up much more than Bitcoin from a percentage this year. I would think of Bitcoin as a “dollar weakness” indicator and Ethereum as an “index fund” of cryptocurrencies.”

Right now the big question for many crypto-investors is, “What is the better investment, Bitcoin or Ethereum?”

Many are probably wondering which one they should “root” for, or rather, which one has more upside out of the two (but really, “Which one should I buy!?”). In my opinion, they both have a lot going on.

Here’s how Jeff explained the differences to me:

So many investors spend more time researching which vacuum cleaner to buy than they spend researching their investing. If you feel you do not understand and it is too hard to understand, then do not invest. You will be a sheep being handed to the wolves. Warren Buffet was right when he said, “Investment must be rational. If you can’t understand it, don’t do it” 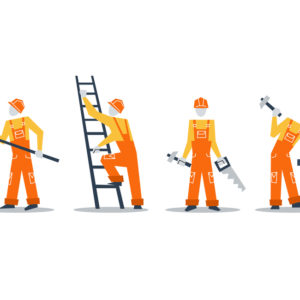 10 Upgrades to Sell Your Home, or Flip 10x Faster

Yesterday, I talked about income properties and how you can get started with investing in real estate. If you are looking to start flipping houses, or if you are looking to sell your current home and downsize, it’s important to know what will help get your house sold as quickly as possible, and get you... 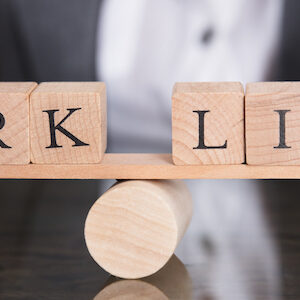 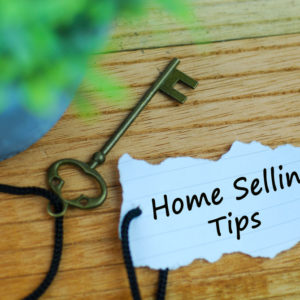