💰 Why The Elite Count Gold As An Asset

Debasing means the Mint was diluting the silver content of our coins, mixing the coins with base metals, like copper and tin. Even though I had already been collecting silver coins before that, my collection efforts increased after the coins were debased.

I would take my paper money, go to a bank and buy rolls of either dimes or quarters. I’d unwrap them, inspecting each coin. If the coin did not have a copper tinge, I kept it. All the coins with copper tinge on the edge (the debased coins) I returned to the bank. Then I bought more rolls of coins and continued my search for real silver coins.

Pretty soon, by the time I left for school a couple of years later, I had a bag full of real silver.

My First Attempt At Buying Gold

While in Vietnam, I had a friend Ted who was a fellow pilot who was also interested in gold. During our free time, we began our own study, doing our research to better understand the relationship between gold and future global change.

Ted was a fellow pilot who was also interested in gold. During our free time, we began our own study, doing our research to better understand the relationship between gold and future global change. We formed a partnership and scheduled a mission to find a gold mine for the next day. Our plan was to ﬂy from the carrier, cross enemy lines, locate that gold mine, and buy gold at a discount.

Early the next morning, we lifted off from the carrier and ﬂew approximately 25 miles across the sea into Vietnam. Our anxiety increased as we ﬂew over the burned-out, smoldering wreckage of tanks and other vehicles left behind by the retreating South Vietnamese Army. The North Vietnamese Army was heading south after the South Vietnamese. Once we crossed the line into enemy territory, Ted and I knew we would be in serious trouble if we were shot down and captured. For obvious reasons, we had not told anyone onboard the ship where we were going.

Following a map, we soon spotted a large cluster of giant bamboo surrounding the village we were looking for. The village was about 30 miles behind enemy lines. Rather than rush in, we ﬂew low, tight circles, once to the left and then right, over the village. If we had taken ﬁre, the mission would have been over and we would have ﬂown back to the carrier.

Not taking ﬁre and believing we were safe, we landed in a grassy ﬁeld near some rice paddies. We shut down the aircraft and headed into the village, leaving our crew chief with the aircraft.

We met a young boy who led us to the “gold dealer” deeper in the village. The dealer, a tiny woman whose teeth were bloodred due to chewing betel nuts, smiled and greeted us. Her oﬃce was a tiny bamboo shack, with a bamboo blind propped up, indicating she was open for business.

The Vietnamese women’s gold pieces were tiny nuggets, held in 3-inch diameter, half-inch thick, clear, circular plastic pill cases. Holding up the plastic cases up to the light, we got our ﬁrst look at real gold. Unfortunately, her gold looked like tiny dried raisins that were painted gold.

Our opening bid was $40 for an ounce. Ted and I did know that the “spot,” the international price of gold, was around $55 on that day. We thought we could get a discount since we had U.S. dollars and we were behind enemy lines. The tiny woman with red teeth just smirked and was probably thinking, “The two of you are idiots. Don’t you know that the spot price of gold is the same all over the world?” Try as we might, she would not budge on the price. She knew “spot was spot.”

We left that day empty-handed, but I eventually bought my first gold Kruggerand in 1974.

Why Gold? Why Now?

When President Nixon took the U.S. dollar off the gold standard, the U.S. dollar became fake money. Taking a brief look back at the history of modern money, it’s easy to understand why the 1971 change was so important.

After World War I, Germany’s monetary system collapsed. While there were many reasons for this, one was because the German government was allowed to print money at will. The flood of money that resulted caused uncontrolled inflation. There were more marks, but they bought less and less. In 1913, a pair of shoes cost 13 marks. By 1923, that same pair of shoes was 32 trillion marks!

As inflation increased, the savings of the middle class was wiped out. With their savings gone, the middle class demanded new leadership. Adolf Hitler was elected Chancellor of Germany in 1933 and, as we know, World War II and the murder of millions of Jews followed.

In the closing days of World War II, the Bretton Woods System was put in place to stabilize the world’s currencies. This was a quasi-gold standard, which meant currencies were backed by gold. The system worked fine until the 1960s when the U.S. began importing Volkswagens from Germany and Toyotas from Japan. Suddenly the U.S. was importing more than it was exporting and gold was leaving our country.

In order to stop the loss of gold, President Nixon ended the Bretton Woods System in 1971 and the U.S. dollar replaced gold as the world’s currency. Never in the history of the world had one nation’s fiat currency been the world’s money.

To better understand this, my rich dad had me look up the following definitions in the dictionary.

“Fiat money: money (as paper money) not convertible into coin or specie of equivalent value.”

The words “not convertible into coin” bothered me. So, my rich dad, had me look up the word: “fiat.”

“Fiat: a command or act of will that creates something without or as if without further effort.”

Looking up at my rich dad I asked, “Does this mean money can be created out of thin air?”

Nodding his head, my rich dad said, “Germany did it and now we are doing it. That’s why savers are losers.” He added. “I fought in France during World War II. That’s why I never forget that it was after the middle class lost their savings that Hitler came to power. People do irrational things when they lose their money.”

Most economists would disagree with my rich dad’s correlation between the loss of savings and Hitler. It may not be an accurate lesson, but it’s one I never forgot.

The best formula for staying out of “the device” is to do as Jim Rickards suggests: keep your day job and 401(k), buy gold and silver coins and keep them in a safe outside the banks. Rickards also recommends keeping some cash outside the banks. Kim and I do both. 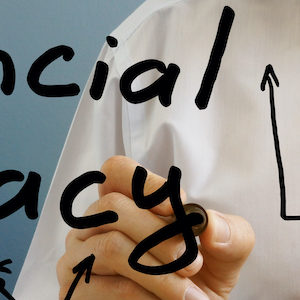 These 4 Steps Will Help YOU Gain Financial Literacy

The key to building great wealth is having great knowledge to act on and great wisdom to know which course of action is the best. 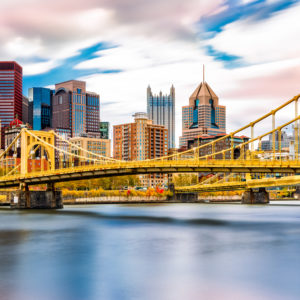 9 of the Best Retirement Locations in the US 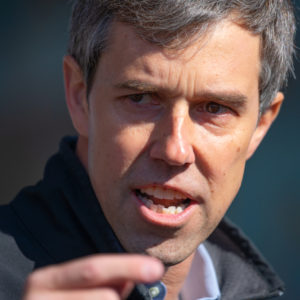