The Green New deal has become as much a progressive wishlist as it is a main point of contention for conservatives. It is a non-binding resolution, meaning even if Congress approves it, nothing specific would become law.

This is why progressives are attempting to expand the non-binding resolution into a broader package of bills calling for the decarbonization of the economy and more government support for low-income and minority communities.

At a press conference on the National Mall, AOC stated:

We’re going to transition to a 100 percent carbon free-economy, that is more unionized, more just, more dignified and guarantees more health care and housing than we ever have before. Do we intend on sending a message to the Biden administration that we need to go bigger and bolder? The answer is absolutely yes.

Markey also made comments crediting the Green New Deal for inspiring the election of new progressive lawmakers and helping him win his own campaign, saying, “For the past two years, it has been proven that the Green New Deal isn’t just a resolution — it is a revolution.”

The resolution has over 100 co-sponsors in the House, but there’s no indication that congressional leads will bring it to the floor for a vote in the near future due to the massive hurdles it will likely face in becoming law.

And even if the measure passes in the House, it will need support from 10 Republican Senators to reach President Joe Biden’s desk.

And in case that doesn’t sound utterly inconceivable, let us assure you: it is.

A Big Week for Climate Change

The climate summit is an attempt by the U.S. to prove their commitment to fighting climate change after former President Donald Trump played down the threat and withdrew America from the Paris Agreement on climate change.

In December, the United Nations released a report that showed countries around the world are expected to produce 120% more fossil fuels than needed to meet the Paris Climate Agreement. To meet the goal of the agreement, countries would need to reduce fossil fuel production by 6% a year over the coming decade.

Both Ocasio-Cortez and Markey have commented that Biden’s plan does not go far enough, but is a good starting point.

The announcement came a few days before the 51st Earth Day, which was yesterday, Thursday, April 22.

What’s New About the Reintroduction

The original Green New Deal set goals for the U.S. to take on a “leading role” in assisting the planet in reaching net-zero emissions by 2050. The plan called for the U.S. to gradually reduce its use of fossil fuels and create high-paying green energy jobs.

The reintroduction of the plan takes resolutions a step further by pairing climate goals with specific bills.

One new legislation proposal from Reps. Cori Bush (D-Mo.) and Ocasio-Cortez would authorize up to $1 trillion for cities, tribes and territories to fund their own localized versions of the Green New Deal.

Sen. Bernie Sanders (I-Vt.) and Ocasio-Cortez also released legislation on Monday that would spend up to $172 billion on public housing over 10 years, quadrupling what Biden has proposed for public housing.

Additionally, Markey and Ocasio-Cortez proposed creating the Civilian Conservation Corps, which they said would employ a diverse group of 1.5 million Americans over five years with jobs on climate change projects that include strong benefits. This type of program is quite similar to a program Biden established in an early executive order on climate change.

These are a few of the dozen pieces of proposed legislation that will help turn the framework of The Green New Deal into law.

Republicans have long ridiculed The Green New Deal, and there was immediate backlash regarding its reintroduction.

Rep. James Comer (R-Ky.), ranking member of the House Oversight Committee, stated, “The Green New Deal is a socialist super-package which will only saddle hard-working taxpayers with debt and displace millions of Americans from their jobs. Democrats will stop at nothing to push their progressive pet projects on the American people.”

Instead, Republicans are currently holding a three-day, virtual “Energy Innovation Summit,” during which they plan to address climate change through technological innovation and natural solutions, like tree planting.

Some sessions of the summit focused on issues ranging from advancing nuclear power to further developing carbon capture. It does not appear that any economy-wide approaches to curb emissions have been proposed.

Most Democrats seem convinced that Republican proposals do too little, while Republicans maintain Democratic proposals go too far.

Democrats are aware of the work they have cut out for them getting Green New Deal-specific legislation passed.

Even with Democrats holding a slim majority, Mr. Sanders, leader of the Senate Budget Committee, acknowledged the path forward will be difficult. He remarked, “That is not easy stuff. People have different perspectives, people come from very different types of states, different politics, and that’s going to be a very difficult job for both the House and the Senate.”

For the time being, the ideas behind the Green New Deal are here to stay. Its future as law remains unclear… 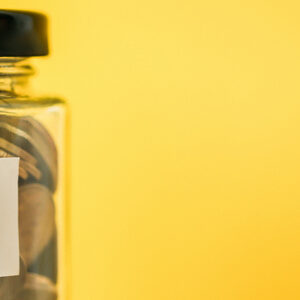 Why You Should Plan To Retire YOUNG And RICH 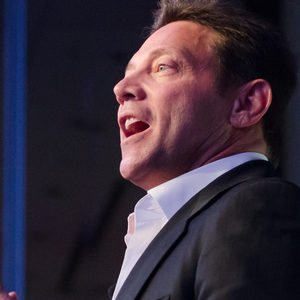 Both Jordan Belfort and I worked on Wall Street at the same time. We experienced the same things and soon found out how more money can lead to dangerous changes in your life. 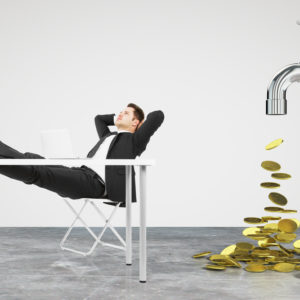