A good Tuesday morning to you!

Here come the insane price rises on our commodities.  It’s not just lumber, gold, and copper anymore.  Corn, soybeans, and wheat are on the up as well.

A Quick Look at Gold

Well, I was cautious in my last posting about gold.  This time, I’ll say it’s highly likely the $1,695 double bottom will be the low for a long while.  It looks like we’re about to breach that downward trendline.  Above $1,850, and we can be pretty sure this is a new uptrend.

That should surprise no one, as I think this gold rally is just getting started.

The great thing about this rally is that we’re early.  But as you’ll see from some of the other charts I’ll show you, a secular commodities rally looks to be underway.

Soybeans are up 80% since August:

Finally, wheat is up around 50%, albeit by a much choppier path:

Here’s the CRB Index, an index tracking all the major commodities.  It’s doubled since the May low point:

And let’s finally look at the chart that’s probably responsible for all the others.  That’s the USD cratering:

Why is the dollar getting crushed?  Well, thank your central bank overlord for that…

Since the Fed’s balance sheet has nearly doubled, essential commodities’ prices have nearly doubled.  And some, like lumber, have quadrupled.

Upon first arriving on The Rock, I needed to buy some groceries.  Knowing that Singapore is half the size of London – not the United Kingdom… just London – I anticipated a steep increase in my shopping bill.

One of the great adventures, once you arrive in a new country, is navigating the supermarket.  I had never seen such exotic fruit, for example.  Dragonfruit, jackfruit, passionfruit (the real stuff, not the processed crap you get in The West), mangosteens, durian… the list was endless.

But being conservative, I thought I’d go for the old-fashioned apple.  I saw some gems, bright, shiny, and red.

Looking at the sign, it read, “Japanese Emperor’s Apples.”  Naturally, I thought these must be the finest apples ever, especially since they were imported from Japan, a country of impeccable culinary and agricultural treats.

Random thoughts about this imminent larceny danced in my head:

“If I bite this apple, will my hair grow back?”

“Did the Emperor himself shit this out of his ass?”

If you’re wondering about that last question, you’ve probably never heard of kopi luwak, or as I like to call it, “cat poop coffee.”

As I composed myself, I suddenly remembered my Hazlitt:

The more knowing inflationists recognize that any substantial increase in the quantity of money will reduce the purchasing power of each individual monetary unit—in other words, that it will lead to an increase in commodity prices.

And there it was.

The apple didn’t get more valuable.

The stuff I was using to buy the apple got less valuable.

Unfortunately, not 1 in 10 Americans understands this until it’s too late.

But what does that actually mean in terms of buying power?

Let’s do the math.

If you have a good priced at $1.  Your inflation rate is 2%.  How many years will it take to double the price of that good, all else being equal?

You’d notice, but it’d be too late to do anything about it.

Now, what if John Williams over at shadowstats.com is correct when he says inflation really is running at 10% per year?  How long will it take prices to double, all else being equal?

So here are the problems as I see them:

Critical to your understanding is this piece, from the great economist Ludwig von Mises:

When people talk of a “price level,” they have in mind the image of a level of a liquid which goes up or down according to the increase or decrease in its quantity, but which, like a liquid in a tank, always rises evenly. But with prices, there is no such thing as a “level.” Prices do not change to the same extent at the same time. There are always prices that are changing more rapidly, rising or falling more rapidly than other prices. There is a reason for this.

Consider the case of the government employee who received the new money added to the money supply. People do not buy today precisely the same commodities and in the same quantities as they did yesterday. The additional money which the government has printed and introduced into the market is not used for the purchase of all commodities and services. It is used for the purchase of certain commodities, the prices of which will rise, while other commodities will still remain at the prices that prevailed before the new money was put on the market. Therefore, when inflation starts, different groups within the population are affected by this inflation in different ways. Those groups who get the new money first gain a temporary benefit.

Funnily enough, the groups that get the money first are the politicians and the bankers.  Always.

To sum it up, the best way for your to hedge your inflation tax may be with gold.  As many commodities have already taken off, you can hop on this trend earlier.

Until tomorrow, take care, and have a great day ahead! 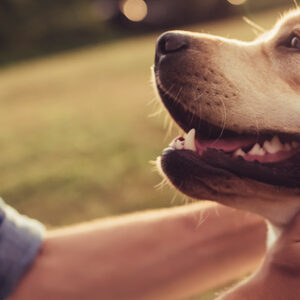 7 Things You Need to Know Today… 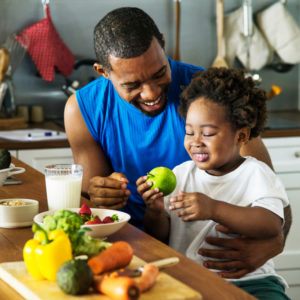