What did school teach you about money?

For most people, the answer is “nothing.” Most teachers are great people, but our educational system is broken. It’s obsolete and fails to prepare students for the real world.

One of the greatest failures of the educational system is the failure to provide ﬁnancial education to students. Educators seem to think that money has some sort of quasi-religious or cult-like taint to it. Love of money is the root of all evil.

When I was nine years old in fourth grade, I raised my hand to ask my teacher, “when will we learn about money?” I was hungry to learn, and I wanted answers to my questions: “Why is money not a subject taught in school?” and “What makes rich people rich?”

When I didn’t get the answer to my questions, I became more motivated to seek out the answers and provide a solution.

In 1984, Kim and I leaped into the unknown, looking for answers to the same question I had asked decades earlier: Why don’t we learn about money in school?

My poor dad was an academic. He valued the things that millions of people still value today — a college degree, a high-paying job, and a 401(k). My rich dad on the other hand valued his financial statement.

This is how he put it:

So Rich Dad Poor Dad is a story about the two financial role models I had growing up, and the decision I had to make about who I was going to listen to.

Today, almost 25 years later, my rich dad’s lessons on money are truer — and the lies they reveal are more disturbing — than they were two decades ago.

Today’s savers are even bigger losers as interest rates drop below zero in many countries and robots continue to replace workers. Yet parents continue to advise their kids to do as they did: “Go to school, get a job, and save money.”

What Does God Want Done?

In August of 1981, I traveled to a ski resort in the mountains between California and Nevada to attend a conference entitled “The Future of Business” with Dr. R. Buckminster Fuller. At the time, Dr. Fuller was considered one of the world’s leading futurists. Even though I knew a little of his fame and reputation, I was still skeptical that anyone could teach you to see the future without a crystal ball.

In 1983, Dr. R. Buckminster Fuller  said, “I do what God wants done.” So, I asked myself, What does God want done? Although I can’t say I really know, I suspect God does not want people to live in poverty. So, I began teaching what my rich dad taught me about money, and it seems to have God’s support.

When Kim and I became financially free for the first time, we had the luxury to ask what God wants done. And instead of traveling around the world teaching people what my rich dad had taught me, we created the CASHFLOW Board Game.

The CASHFLOW Board Game

Kim and I created the CASHFLOW board game in 1996. Most people think my book Rich Dad Poor Dad came first, but it was the board game. We were fulfilling one of Fuller’s generalized principles: ephemeralization.

The power of the CASHFLOW game is that people can teach people without having to go to school. Today, there are thousands of Cashﬂow Clubs all over the world.

These club leaders are volunteers who love creating a rich dad learning environment. Joining a club is a great way to meet like-minded people and activate the mirror neurons in your brain. You may also want to start your own CASHFLOW Club in your neighborhood, business, or church.

In the year 2000, Rich Dad Poor Dad made the New York Times Best Seller list, the only self-published book on the list at the time. Then Oprah Winfrey called. I went on her television show and the “Oprah effect” took over. Rich Dad Poor Dad has become the number one personal finance book of all time.

The irony is, I failed English twice in high school. I failed because I couldn’t write and I couldn’t spell…

But also because the teacher didn’t agree with what I was writing.

I mention all this not to brag or toot my own horn. People from around the world have told me that Rich Dad Poor Dad speaks to them, resonates with them. The book has struck a chord with people around the world who know that there are gaps in their education — especially related to money. I’ve also been told that one of my gifts is the ability to take complex ideas and concepts and simplify them.

Moving into the Future

Fuller also predicted the end of jobs. His reasoning on this was that the rise of intelligent machines that would replace humans. Fuller thought the idea of going to work for money was obsolete. He predicted “Super AI Machines” would soon free humans from work that was drudgery.

Today, major companies already outsource their jobs overseas, and now truck drivers are at risk being replaced by robot-driven trucks.

To me, the solution is an increase in financial education that teaches people about money. If more people learned about money, they would understand rich dad’s first lesson:

The rich don’t work for money. 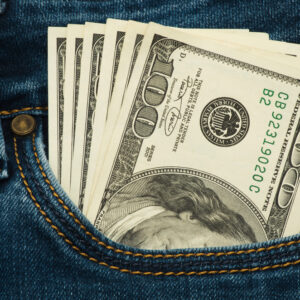 A rundown on spinoff stocks, and the benefits they present for the parent company, shareholders and potential investors. 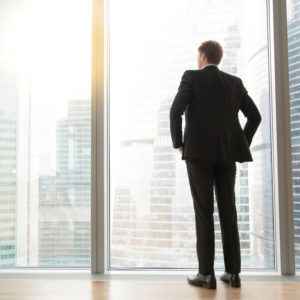 The Rich Life Part I: What does it mean to be rich? And are you?

Right now you might be wondering who I am, and what qualifies me to give you advice on anything, much less how to lead the Rich Life. It’s a perfectly legitimate question, and you’re right to ask it. So I’d like to introduce myself to you, and explain how I can help you achieve your income and retirement goals…