A coffee, some work, then a nice, ice-cold beer.  Ah, heaven.

I’ve had a blast today.  The kids are smart but humble.  It makes my life so much easier.

The Ability to Ask Questions

I must say this is the one area where education has taken leaps forward.  Asking questions is simply one of the most helpful learning tools there is.

About 15 years ago, I got annoyed with a student who didn’t seem to know much about anything.

As I complained, one of my mentors, Andy, looked at me and said, “Teach him!”

That little two-word reminder has stuck with me since then.

But that doesn’t excuse professionals from not knowing what they’re selling, of course…

I remember the only 6-foot blonde I ever dated.  Ok, so she was an aviation blonde, but that doesn’t matter.

For any fat, bald dude like me, it’s quite a feather in one’s cap.

I met her at one of my courses.  She was a Vice President and rates salesperson at one of the major investment banks.  She laughed at all my jokes.  I was in there.

The class was interest rate derivatives.  It was a brief survey of interest rate futures, options, and swaps, along with some of the more exotic products.

After class, she approached me.

“Sean, thank you so much for that class.  I’ve been selling CDOs-cubed for months, and I had no idea what they were.”

My jaw hit the floor faster than a fat kid on a seesaw.

In case you were wondering what a CDO is, it’s a collateralized debt obligation.

A collateralized debt obligation (CDO) is a complex structured finance product backed by a pool of loans and other assets and sold to institutional investors.

Supposedly, if you cubed it, the risk disappeared.  In reality, it exponentially increased risk.

They blew up spectacularly in 2008.

On our first date, she took me to a pool hall to watch Tottenham versus Manchester United.  She drank me under the table (literally) and beat the pants off me at 8-Ball.

I remember her mentioning one of her parents was from Tasmania and the other was from Cornwall.  Both proud seafaring peoples.

I felt less bad after that, as I assumed she had not one, but two livers.

The Young and The Hesitant

There’s simply no way to pick up the world of finance overnight, no matter how smart you are.

One of the kids, an engineering major, asked me how long before he picks up the lingo and understands everything.

If you can get an engineering degree, you can learn anything.  But picking up the esoterica that is finance lingo?  That takes a while.

“What’s a hedge fund?” is a critical question.  They’re some of your biggest clients.

And it’s a stupid name.

When Alfred Winslow Jones, an Australian who’d partied with Hemingway and Fitzgerald in Paris, finally moved to New York, he started his hedge fund.  This was way back in 1949.

The Investment Company Act of 1940 stipulates that you must register it with the SEC if you have a fund with more than 100 investors.

He thought, “I’ll just get 99 or less wealthy people, so I don’t have to register.”

Was his hesitance to register for some nefarious reason?

No.  Registered funds are not allowed to short the market.

Of course, Americans love nothing more than murdering the Queen’s English, so they dropped the “d” and started calling those funds “hedge funds.”

Jones’s fund is the earliest example of an equity long-short hedge fund, still the largest class of hedge funds in existence.

Anything worth doing is worth the time it takes to learn it.

I’m more of a momentum guy.  The more consecutive hours you spend learning something, the less time it takes to learn it.

That’s why I think kids who learn to play chess, ski, or play a musical instrument take much less time to get good at it.

Adults would do well to remember that… and be patient with themselves.

For instance, I have many friends who are excellent at chess.  I never really played as a kid, but I thought it’d be a good idea to learn how to play correctly.

I downloaded Magnus Carlsen’s app and ordered a bunch of books.

I can’t tell you what a complete waste of time that was.  The amount of time it took me to learn a series of moves could be much better spent on adult activities such as:

The most important thing to learn how to economize is not money but time.

Time spent learning an activity that turns into an asset is a great way to use your time.

Simply put, an asset is something from which you’ll derive an economic benefit.  If you can spend your time learning a skill that gets you paid later – and for a long time after – you’ve created an asset out of thin air.

It’s perhaps one of the reasons why I’ve turned into an old so-and-so.

For example, in the Euro 2020 football (soccer) tournament England will play Italy in the final.  I should be over the moon, as they’re my home countries.

But honestly, I just can’t spend any time on sportsball nowadays.  There are just too many opportunities out there to create economic value.

I understand that’s not suitable for everyone.  Most people want some sort of passion that’ll keep them engaged emotionally, but not mentally.  And soccer certainly fits that bill.

I don’t blame them.

And I’m certainly not perfect.  I post about 20 Facebook messages nowadays.  I could use the excuse about having friends all over the world, and that’s how I keep in touch with them.  But even I don’t fully believe that lie anymore.

It’s amusing.  And it’s also a great dry-run for many of the subjects I write about.

That’s the massive benefit of having intelligent, like-minded friends.  They challenge you… or tell you straight out when you’re being stupid.

My old boss, Enver, made me read books to bring my product knowledge up to speed.  He’s an ethnic Albanian Muslim with whom I’m still friendly after nearly 20 years.

I still give that advice to graduates and keep a reading list handy.  Read books.

If you’d like a copy of it, write to asksean@paradigm.press, and I’ll send over an Excel spreadsheet with my favorites.

But sometime during my career, I’d get home and not want to read about finance anymore.  I should’ve used that as the signal it was: get out!

In the meantime, as St Augustine once heard the command, “Tolle lege!”

And then, the knowledge will start coming to you through the annals of time as the dead old men who wrote those books start to get through. 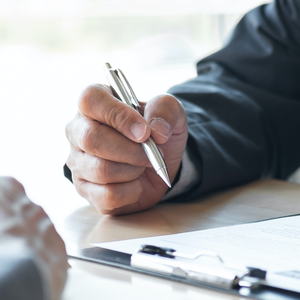 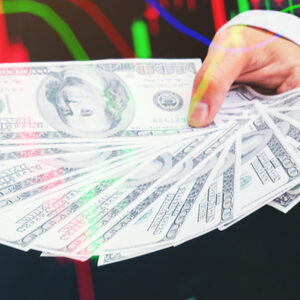 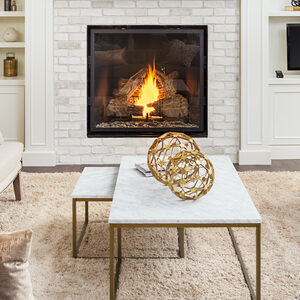 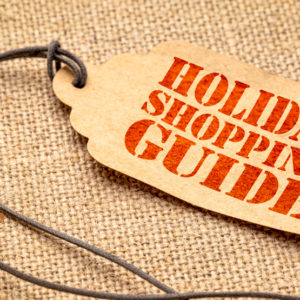 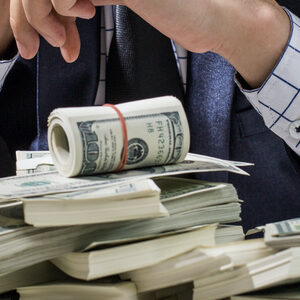