When I asked my natural father, my poor dad, what financial independence was, he could never really answer the question.

He wasn’t poor in the sense that he had no money. He was poor in his mindset.

The superintendent of the Hawaii school system, my father was a well-paid employee. Yet, he didn’t like money and often said things like, “We can’t afford that.”

Toward the end of his life, one of the biggest regrets he shared was that he had very little to pass on to his kids.

My best friend’s father, my rich dad, was determined to show me what financial independence was.

Unlike my poor dad, he had a rich mindset and went on to be very wealthy. He started by owning his convenience store and ended up owning several hotels in Hawaii on the beach. Instead of saying, “We can’t afford that,” he asked, “How can we afford that?” At the end of his life, he left his kids a big business empire and a lot of wealth. He was financially independent and so were his kids.

I knew that I wanted to be like my rich dad — financially independent. There were many things I loved and appreciated about my poor dad, but I did not want his mindset about money, nor did I want the stress about finances that plagued him most of his life..

So, What Is Financial Independence?

If financial independence isn’t having a high-paying job to support yourself, what is it?

Is it having enough money saved up to last you the next 30 or 40 years? Is it based on an anticipated inheritance? Or even alimony?

For many people, it translates to: “I’m going to work until I’m 65 and then I’m going to retire.”

These, unfortunately, are not good definitions. If you have a high-paying job, you can lose it. Then you’re in for a world of trouble when you can’t pay your bills. If you are living off savings, what happens if you run out of money? Or if the economy collapses and inflation goes up significantly?

That 30-or-40-years’ worth of money shrinks very quickly. And waiting on an inheritance, alimony, or retirement (essentially, living with the hope others will take care of you) will not help you answer what is financial independence.

Here’s a very simple exercise you can do to understand how even a high salary or a lot of money doesn’t translate to financial independence:

How does the column on the right make you feel?

If you’re like most people, you’re having a minor panic attack right now.

To me, there is a very simple answer to the question, “What is financial independence?” And it only takes three steps.

The following formula is what Kim and I used to be financially free for nearly 30 years. The formula is this:

That Formula in Practice

Kim and I became financially free by investing in real estate. To be clear, we did not have the money to do this. We created the money by paying ourselves first.

What does this mean?

It means that we treated investing as our first and most important expense. Each month we would pay our investing expense and then figure out how to pay all our other expenses. It was nerve-wracking at times, but we always figured out a way to accomplish it — and I got pretty good at negotiating with creditors!

Once we had enough money saved up to buy a property, we would find a great deal where the income from the property would cover our expenses as well as the debt we would take on in the form of a mortgage.

Then we continued to pay ourselves our investing expenses as well as adding the cash flow from the property to the pot. This accelerated our ability to purchase yet another property. This then led to more properties. Eventually, we sold many of those and invested in even bigger projects like apartment buildings.

We also expanded out to other assets. For instance, my book, Rich Dad Poor Dad is the best-selling personal finance book of all time. It has sold over 32 million copies. I’m still getting large royalty checks to this day. And our business, Rich Dad, offers financial education in the form of books, coaching, seminars, and digital products. It also puts money in our pocket each month.

Kim and I could never work a day again in our lives and the cash flow from our assets would cover our expenses — and some.

This is very different from savings, for instance. Savings can run out. Cash flow keeps coming no matter what. Savings can lose its value relative to inflation. Assets grow in value along with inflation. That’s why the formula makes you truly financially independent.

What Is Financial Independence for You?

Do you still think having a lot of money in the bank is the answer to achieving financial independence?

I’ve shown you three steps Kim and I took. Though it didn’t happen overnight, it did happen. All it took was a plan to generate cash flow and determination to channel that cash flow to cover our expenses. Once our cash flow covered our monthly expenses, we became financially independent.

Trudeau invokes the Emergencies Act for the first time in Canada’s history. When a “leader” can’t convince, he must coerce. GiveSendGo hacked and donor names leaked after denying Canadian jurisdiction. It’s a fine, sunny Tuesday here in Cebu. I’m trying to enjoy it as we’re only 44 days to takeoff. Going to my favorite coffee... 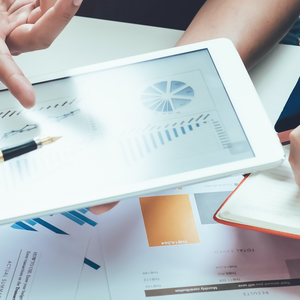 As of January 1st, President Trump signed into law a change to Roth IRAs, that may spell their doom… 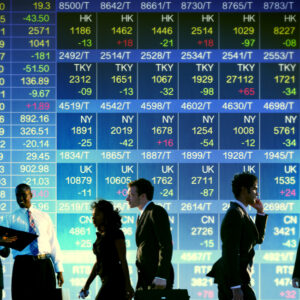 Happy Friday! May you get pleasantly soused after work today.  You deserve it! I, myself, will be drinking a skinful of wine this afternoon. But before I do, let me share with you our new mailbag address.  It’s asksean@paradigm.press.  I can’t encourage you enough to write.  It gets lonely on this side of the world,... 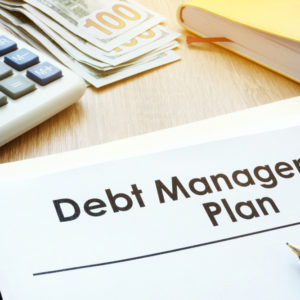