Good morning to you!

After a delightful weekend spent with the family, I’ve decided to open this week’s edition of the Rude on a decidedly optimistic note.

Stifle your snorts for a moment, and let me explain.

The Doctor is Not In

You may remember Dr. Pangloss from Voltaire’s Candide.  Voltaire created him to lampoon Gottfried Leibniz and his optimistic followers.

Pangloss was a pedantic, overly sanguine chap who’d often exclaim, “All is for the best, in the best of all possible worlds.”

I remind you of this because what follows is not some Panglossian exposition on how everything is going well in the world, and we just need to look at it all differently.

Far from it. In fact, the world’s damn near on fire, and things are pretty scary out there.

Formerly free countries, like New Zealand and Australia, have reverted to collectivist authoritarianism, which I find utterly aberrant, abhorrent, and asinine.

The European Union doesn’t know which direction it wants to go in at the moment.

The German elections are hardly conclusive in replacing Frau Merkel.  Look at this map below, courtesy of The Guardian. Does this look like one country to you? 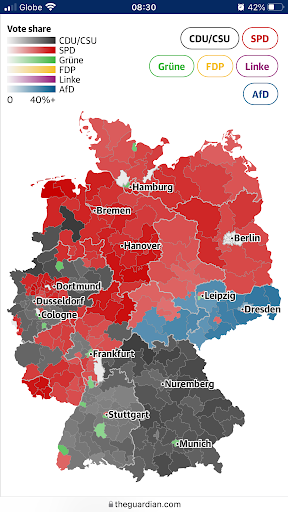 But with all this stuff happening around you, I just want to tell you one thing: Keep punching, Apollo.

A Sly Look at Things

Sylvester Stallone said that famous quote to Carl Weathers in their third fight that ended Rocky III and left us with that great Leroy Neiman picture at the movie’s end.

It’s a great reminder about what to do in life.

Watch this YouTube video, where Stallone in Rocky Balboa is talking to his son about keep moving forward.

It’s brilliant. And that’s what we need to keep doing ourselves as individuals in this collective madness.

I don’t want to sound like a brainless cheerleader, but there is something that I need to tell you.

But I think the important thing is not just about moving forward. It’s about really genuinely appreciating your efforts thus far in your lives.

I can say without a doubt that all of the Rude readers who have taken the time to write in have been top-quality individuals, and I’m thrilled to know them.

With all this happiness around, I’d like to present to you Arthur Schopenhauer, the most miserable philosopher ever.

I adore him for the same reason we value our opposites. I love being optimistic and happy, but I need that friend to anchor me to earth.

Someone once said that your best advisors are dead.

Uncle Artie’s been long gone.  So here are some of Schopenhauer’s rules for happiness that I think apply to Rude Readers.

I’m not going to give you all of them, just the relevant ones.

Lord knows I’ve done it too many times.  Stop it.  Concentrate on the one or two things that are going to move the needle for you.  Usually, those are things that play to your strengths.

So get in shape, get healthy, get some sun, and feel better.  You’ll perform better, that’s for sure!

Of course, you’re left to deal with it.  But blaming yourself for something that isn’t your fault is the worst thing you could do to your psyche.

I hope Uncle Artie helped you out today. I just want you to know that even though the outside looks a bit dire, you are a shining light on the inside. 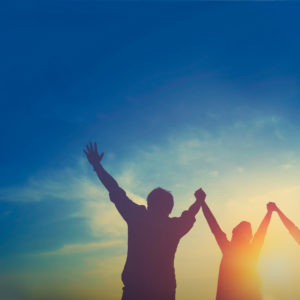 One of the most important things in life is managing what goes in your body. Eat the right and healthy way! 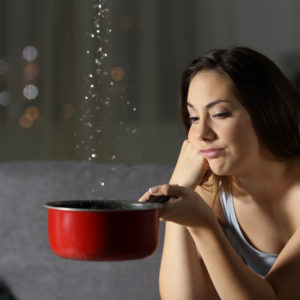 Real Estate investment is a particularly tricky. Should you passively invest or be more active as a landlord? Let’s jump into the discussion! 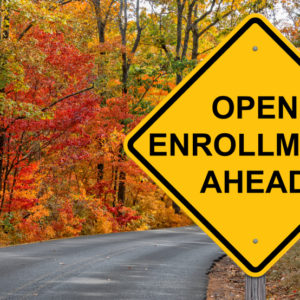 Can THESE Powerhouses Move Any Higher? 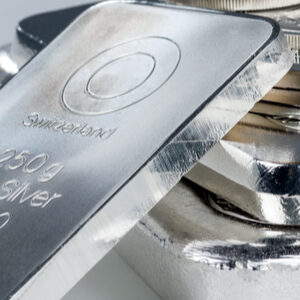 How To Invest In Silver

When economic downturns are expected around the corner, many investors turn to precious metals. But it’s much more than just a safe haven investment. It’s a great way to diversify your portfolio today. Here are the many ways you can do just that... 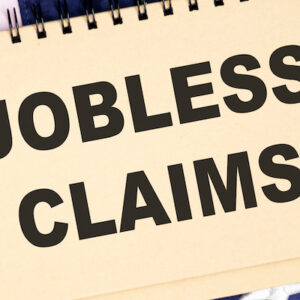