I know I’ve been writing lately about the excesses created by the Fed.  And indeed, one of those excesses is the insane amount of money at the disposal of the private equity industry.

But I must admit that I feel a bit sad today as an era ends officially.  With Kravis and Roberts stepping down, it genuinely feels like new beginnings on Wall Street now.

It’ll never be the same again.  Is that a good thing?  Let’s see.

What is Private Equity?

The quick and easy definition of private equity is ownership in companies that aren’t publicly traded on stock exchanges.

But it’s so much more than that.

Like all industries, there are good and bad.  But what I’d call “good” private equity are those firms that take over failing businesses and rebuild them into functional, well-run companies other investors would like to own.

I’ve written a bit about VC lately, so I’ll keep this short.  Venture capital firms fund ideas.  They “seed” small businesses hoping that one of them will grow into the next Facebook.

A few of the famous VC firms are Sequoia Capital, Kleiner Perkins, and Andreessen Horowitz.

Growth Capital is when private equity firms invest in small but fast-growing companies that need more cash to continue to fund their growth.

It’s incredible to witness, but there is a concept called “growing broke.”

It’s when a company cannot convert its revenue to cash fast enough to fund further expansion or even service its existing customers.

So those companies turn to private equity firms to bridge that financial gap.

Buyouts are almost like “reverse IPOs.”  It’s when a public company is bought, delisted, and rebuilt as a private company.

There are two kinds of buyouts: management and leveraged.

Management buyouts are when the existing management team buys the company’s assets and takes the controlling share.

Leveraged buyouts are buyouts funded with borrowed money by outside investors.

Though it’s now a global investment firm, KKR started as a specialist in buyouts.

I read sadly in The Wall Street Journal that Henry Kravis and George Roberts are stepping down from their roles as co-CEOs of KKR. For those of you who don’t know, KKR was *the* private equity firm on Wall Street for many years.

Blackstone (not BlackRock) has since surpassed them as number one as they manage for more assets than KKR does, but KKR essentially invented the leveraged buyout.

George Roberts and Henry Kravis are first cousins. I often think how wonderful it must have been for them to be family and to start one of the most outstanding firms that Wall Street has ever seen.

Of course, they were pilloried in the ’80s.

In fact, Henry Kravis was made fun of directly in The Bonfire of the Vanities.

He had a very expensive wife at the time, very similar to that of John Gutfreund, the CEO of Salomon Brothers at the time.

Gutfreund’s wife lived in Paris while he was making all their money on Wall Street, and she spent it lavishly on their apartments, parties, and jewelry.

The tabloids loved it.

Nevertheless, what KKR has done is beyond belief.

The private equity industry really got going in the 1970s when many zombie firms were still listed on the New York Stock Exchange, like the walking dead.

Zombie firms are those whose profits cannot cover the interest on their bonds.

So KKR bought these firms, took them private, fixed them, and then relisted or sold them to a buyer.

Not all their investments were spectacularly successful, but many of them made insane amounts of ROI.

Kravis and Roberts started the firm with Jerome Kohlberg, who was their mentor at Salomon Brothers. That explains the other K.

After a falling-out with Kohlberg, they ran the firm themselves and have done so for the best part of the last 40 years.

I’m sure their replacements, Joe Bae and Scott Nuttall, are going to be spectacular at the job. Kravis and Roberts wouldn’t have put them in there unless they were superstars, though they will remain co-Executive Chairmen.

But I must admit to feeling a bit sad that an era is ending.

Now, of course, I don’t feel bad for them.

They are each worth several billion dollars apiece, but the torch is being passed.

It’s time for the new generation, but two titans are fading into history.

Barbarians at the Gate

If you haven’t read Bryan Burrough’s classic, Barbarians at the Gate, or haven’t seen the great James Garner film of that book, I highly recommend that you do so.

It’s impressive to see how KKR snatched the RJR Nabisco deal away from Lehman Brothers.

If you recall, my uncle, Carl, worked for Lehman Brothers, and he was there at the time. It’s incredible to think that he was part of that history.

It was the biggest buyout in the history of Wall Street and remained so for many years afterward, until KKR topped themselves with the TXU deal.

Funnily enough, both LBOs didn’t work out so well.  RJR barely made a return, and TXU lost boatloads of money.

I was an undergraduate at Villanova when the movie came out. I remember watching it, thinking James Garner was brilliant in the film as F. Ross Johnson, RJR’s spendthrift CEO.

I remember thinking, God, I’d love to do something like that one day. I didn’t grasp what private equity was at the time, but it seemed like a fantastic business.

Of course, nowadays, investment banks train bankers for years, and private equity firms just snatch them away to crunch all their numbers.  In fact, some young bankers get offers from PE firms to start years down the road while they’re in their investment banking training programs.

Besides KKR and Blackstone, there is now an entire industry of private equity firms specializing in different segments of the markets.

It Happened to My Firm

When my old financial training firm got bought out, they were bought out by a private equity firm specializing in growth capital.

The PE firm was a small concern in London, but I got firsthand experience of how they lend money, put a few people on the board, and run a business.

It was amazing to witness, and I’m glad I did.

Of course, as an employee, I wasn’t so thrilled that all they cared about was “the numbers” in general and EBITDA in particular.

At least that’s how it felt to me.

But when you see the results of the deal, all that goes away.  The company, from what I gather, was sold for nearly GBP 100 million in 2013.

You see the kind of value that private equity firms can create.

So I encourage you to watch the movie or read the book and learn a little bit more about the history of private equity.

And congrats to George and Henry.  What a mark they’ve made!

What We Know About Biden’s Infrastructure Bill

President Biden seems to be ready to move on to the next big spending bill that would focus on infrastructure, clean energy and education. As a Presidential candidate, Mr. Biden went further than both his predecessors when he promised to pass a multi-trillion-dollar infrastructure plan to help create jobs and make America more competitive with China. He specifically campaigned on a clean energy infrastructure plan that his team said would cost $2 trillion over four years... 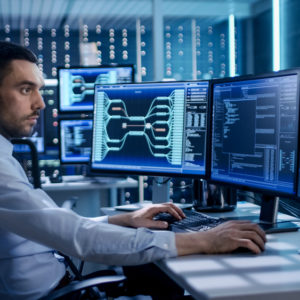 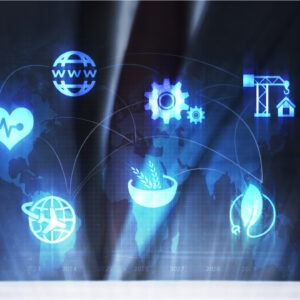 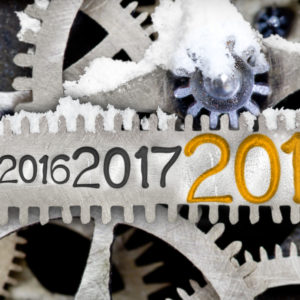