Hope you survived and thrived on your Monday.

Today, we’ll discuss carbon credits.  By the end of this Rude, you’ll be able to speak intelligently to anyone about the darn things.

Again, I’ll be borrowing from our sister site, carboncredits.com.

What are Carbon Credits?

A carbon credit is an allowance for a company holding the credit to emit carbon emissions or greenhouse gases. A single credit equals one ton of carbon dioxide to be emitted or the mass equivalent to carbon dioxide for other gases. Companies hold many credits, as many as they wish to purchase to balance out their emissions.

How does a company create a carbon credit?

Credits are created when a project is deemed to have eliminated 1 ton of greenhouse emissions. Planting a forest that would eliminate 1 ton of carbon emissions would be enough to create a credit. Credits do however decay over time which means companies continually need to create new ideas to remove emissions.

Many companies also specialize in trading and investing in credits. They will buy credits from large companies and resell them to whoever may need those credits. As the price of carbon continually rises, so too does the value of the credits.

What are Carbon Offsets?

Buying a carbon offset or credit is the right thing to do for the planet. Offsets do not simply kick the global warming can down the road: They create a way to buy their way into the problem, not out of it.

Offsets can trade in the compliance markets (like those from the Clean Development Mechanism or Joint Implementation projects). However, the majority are traded in voluntary markets.

Carbon offsets can also have benefits such as job creation, water conservation, flood prevention, and preservation of biodiversity. 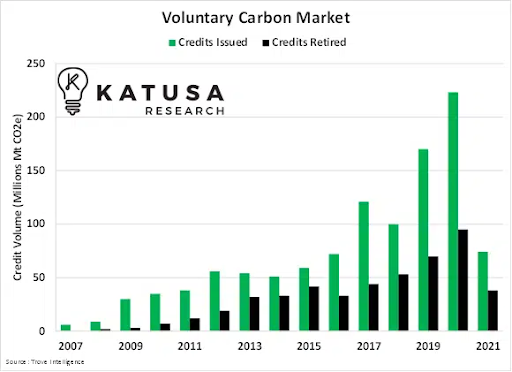 How Offsets are Created

A portion of offset spending also goes toward investing in futuristic technology for carbon sequestration and emissions mitigation. Many methods of carbon offset creation, like direct air capture, are in the very incipient stages of development. Increasing demand for those novel offset types enables large-scale deployment, rapidly making them more economical.

Eventually, new technologies will reach a tipping point. For example, Prometheus’s forges are expected to remove 11 GT of CO2 from the air each year by 2050.

That’s the equivalent of 20% of current emissions, all from a single company.

And it’s only possible with heavy, ongoing investment in carbon credits and offsets—even “risky” ones.

The physical cost of offsetting incentivizes the companies to identify operational “leaks”—areas where emissions can be reduced or eliminated—then begins to force the company to eliminate emissions throughout their entire value chain.

Investing in offsets also helps the earth through the offsets themselves. Reforestation increases biodiversity, and the installation of solar panels and wind turbines pulls energy demand away from coal and fossil fuel supplies.

A carbon offset can be resold multiple times but once retired, it can no longer be resold. To ensure there is no double sale, a carbon offset must be kept on a registry. This registry keeps track of the issuance and retirement of offsets.

Investing in carbon offsets—whether for better financing terms or to help prevent further climate change—encourages competitors in the marketplace to do the same.

Etsy, the online market for handcrafted goods, purchased high-quality carbon offsets for all of its competitors for a single day and committed to offsetting its own carbon footprint in the future. It calculated the total cost of doing so at just a penny per package, proving that it’s an expense every other retailer can afford to bear.

Demonstrating the economic feasibility of emissions mitigation encourages other companies to do it, even if it’s for a reason other than saving the planet.

In fact, it may be a combination of all of these reasons and more: creating a more resilient supply chain, improving supplier relationships, and increasing employee retention are all co-benefits of purchasing carbon credits and carbon offsets, ensuring your company can thrive forever.

The market for carbon offsets is voluntary – there’s no government agency setting a standard emission reduction that must be met for eligible projects. There are not even established criteria for what makes a viable carbon offset project.

Take a quick scan over the voluntary carbon markets out there and you’ll see a dizzyingly broad range of projects on offer. Renewable energy projects are always popular, as well as projects that lock carbon emissions away. You’ll also find forest management projects. Biogas projects. Water quality projects. The list goes on and on, with some of the projects seeming more and more unrelated to actual greenhouse gas emissions reductions.

A Wild West of Carbon Credits

Technically speaking, carbon credits are government-issued carbon allowances. Under the right conditions, they can be bought and sold in different exchanges. But participation is limited to entities (typically companies) in areas with an Emissions Trading Scheme (ETS). In the US, only California has a state-administered carbon trading program.

That leaves a growing demand for companies to take responsibility for their greenhouse gas emissions, but no formal market to meet that demand.

That’s where the idea of carbon offsets comes in.

Carbon offsets are carbon credits traded on the voluntary market. By investing in carbon reductions projects, companies can “offset” the carbon they produce.

But that does raise an important question: who verifies carbon credits?

Without a government regulator, the market is left to sort out its own verification activities. In a new and growing market, that means a lot of uncertainty, but also an immense opportunity for any entity that can oversee other carbon offset providers.

Think of “third-party verification,” and you probably think of some bureaucratic seal of approval. That’s how most regulation works. Government sets standards and administers those standards through agencies that police different sectors of the market.

But verification isn’t only about meeting certain regulatory requirements.

Verification ensures that consumers receive proper value for their money.

In the open market, the job of ensuring proper value – verification – often falls to a third party. That third party often has an outsize influence in the development of the broader market, and the voluntary carbon market is no exception.

Need a carbon offset? You’ll have two options when it comes to purchasing them.

You can buy carbon offsets individually, selecting the offsets and the price you pay for them. Sites like Nori and GoldStandard leave much of the verification process to the consumer. It’s up to you to examine the projects and select the ones you think will provide the greatest impact.

Voluntary offset market sites like these do some verification on their own, of course. By deeming a particular program worthy of being offered on the site, Nori and GoldStandard are implicitly verifying the programs.

Other offset markets provide offsets in a portfolio. By bundling offsets from different projects together, companies like Native can sell a wide range of offsets in one package. It’s a bit of verification through diversification – not every project will be as successful as others in actually reducing CO2 emissions. But by purchasing offsets that cover more than one project, investors can be confident that stronger offsets will offset weaker ones.

But what goes into a carbon offset? Who calculates the tonnes of carbon locked away in a given program? Who measures the carbon emissions reductions?

The smart carbon offset provider realizes that the offset market marks a golden opportunity to establish itself as the ultimate verification tool. Any company that can claim to have the best verification process can position itself to lead the rapidly-growing offset market for years to come.

The proof is in the pudding. The company that can prove its carbon offsets contributed to sustainable development benefits will have a notch in its belt. Anyone who can demonstrate clearly-achieved GHG emission reductions will be able to use that success to attract more investors to its projects.

One example of a company attempting to do just that is Verra.

Verra markets itself not as a seller of carbon offsets, but as a company that provides reliable carbon standards.

What sets Verra and its competitors apart is their efforts to provide internal offset verification services.

In Verra’s case, that means recruiting, training, and maintaining a network of auditors who can follow up on any Verra-approved offset programs. It’s in-house offset project verification, trying to ensure that a ton of carbon offset is an actual ton of carbon gone. That’s easier said than done, and it requires an extensive network.

But with a market growing as rapidly as the carbon offset market, the potential prize is worth it.

What Verra and others are pushing for is the chance to be the de facto verification body for an entire industry.

That push may seem to run against the market, but consumers will have the last word as always. The difference between carbon offset projects may not be apparent immediately, but as the market grows it will be easier to choose offsets based on reputation.

A standard for carbon offsets doesn’t need to be government-issued.

The markets can and will set their own standards.

I, for one, applaud that. 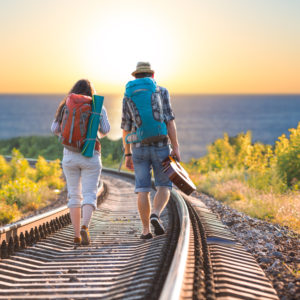 One of the most important assets in your life is your body. If you are studious in taking care of your health it can pay off both physically, and financially in the long run. But paying for that gym membership each month can be pricey. Fortunately there are a few solutions that can save you money, and achieve the same results. 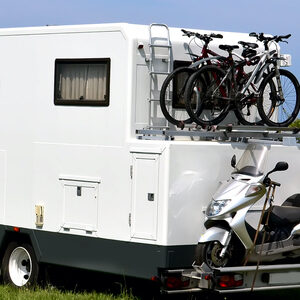 Where To Find Recreation Equipment

The recreation sector has taken a huge hit as people seek ways to travel safely without having to use public transportation. Equipment, like bikes and RVs, which were previously used solely for leisure are now becoming many people’s main form of transportation. All this popularity, however, has left many consumers frustrated by the lack of supply. 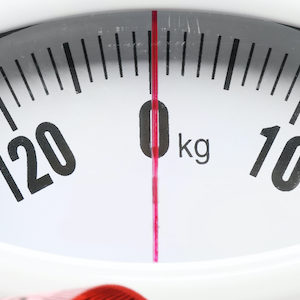 More Turbulence for THIS Aviation Stock