I hope you had a restful weekend.  Funnily enough, after I wrote my Accountability column last week explaining how I can’t take booze at the moment, I had a few glasses of wine.

I didn’t turn red, and my pulse rate didn’t rocket.  Bully for me!

Today, I want to talk about another of our pillars of life success, which is building your own online business.

It seems that strategy has gone mainstream, with American workers leaving their W-2 prisons in droves.

U.S. workers left 20 million jobs between May and September this year, according to the latest federal data, a number more than 50% higher than the resignations handed in during the same period last year. That figure was also 15% above the level from spring and summer 2019, when the job market was the hottest it had been in almost 50 years.

The Qualtrics survey found even higher rates of people considering leaving their jobs than Mercer’s research did. Some 62% of workers planned to stay in their current jobs next year, the survey found, down from 65% in 2021.

Let’s talk about that, along with the dos and don’ts of leaving.

I was hooked.  It’s a famous headline Paul Hollingshead, the renowned copywriter, wrote for American Writers and Artists, Inc.

Nevertheless, I was at my wit’s end being a futures broker for Credit Suisse and decided to quit anyway.  I hated my boss and my job, though my work colleagues were like family.

I was recently promoted to Vice President – when a bank starts to care about you – but I found the increased demands weren’t worth the title or the pay.

Had my boss not been such a prick, I probably would’ve stuck it out for another year.

But I left, thinking I could be a writer.  Though I learned a lot, I couldn’t make a business out of it.

I attended AWAI’s bootcamp that year and met Mark Ford.  You may recognize his nom de plume, Michael Masterson.  Author of numerous bestselling books, he is also one of the heads of Agora and a co-founder of AWAI.

I got five minutes on the side with Mark, and he advised me to get into financial copywriting.

I hated the idea, as I just left banking, but it was solid advice.

This leads me to this generalization of Mark’s advice: stick with what you know when you’re first breaking out.

Sure, you may want to do something different, and that’s fine, but you need to keep the cash flowing first.

Tap into your network to see where the demand is.  Then, execute for them.  And remember to invoice!

This is critical.  Don’t quit your job right away.

It’s much better to keep that cash flow coming and build your dream business at night and on the weekends.

I know that sounds exhausting, but “exhausting” is better than “broke.”

Mark Ford wrote an article in 2006 – right around the time I attended the bootcamp – about “chicken entrepreneurship.”  I’ll let Mark take it from here:

A chicken entrepreneur is somebody who keeps his day job while he gets his ideal job going at home in the evenings and on weekends. He is an entrepreneur, because he is taking the initiative to start his own business. He is chicken, because he’s not willing to quit his current job and lose the income. The compromise he accepts is that he will have to work 60 to 90 hours a week for several years before he can either abandon his great idea or fire his boss.

The term “chicken entrepreneur,” by the way, was not my coinage. I heard it many years ago. I didn’t like it, but I recognized that it applied to me.

…start a business you know something about – a business that is based on some interest you have. And if you want to do something different, take the time to learn about that business from the inside out. That means getting yourself some part-time work in the industry in which you intend to compete.

Those are brilliant bits of advice from a rich man who started and successfully ran several big businesses.

A Few Helpful Sites to Get You Started

I’ll assume you know what business you’d like to start.

But once you’ve made that decision, here are a few great websites to move you along.

Google Skillshop is a godsend – and it’s free!

I can’t emphasize enough how great it is that Google itself teaches you how to use its products.  Now you don’t have to spend money on expensive courses that deliver the same content as Google itself does.

Getting that first dollar in the door as revenue is the most important thing an entrepreneur can do.  All else is window dressing.

So concentrate on Google Ads and Google Analytics for now.  Those are the two most important ones.

Heck, if you get really good at it, you can offer your services on Fiverr.

This is another of Google’s online courses.  But this one is more about learning about the internet and how it works, rather than building skills.

Still, Google Digital Garage can be helpful if you find all things digital a bit of a mystery.

freeCodeCamp is another excellent, free service for those who want to learn how to code.  Sure, you can attend an expensive bootcamp, which I did, to no avail.

Or you can get the basic skills down pat and then get employed right away.

From their About page:

Can freeCodeCamp help me get a job as a software developer?

Yes. Every year, thousands of people who join the freeCodeCamp community get their first software developer job.

My advice is to learn on freeCodeCamp if you want a job as a developer.  If you have expertise in one area and want to build an app for it, hire someone to do it for you.

One of the biggest issues entrepreneurs face is their lack of economics knowledge.

Remedy that for free by watching Mises University.

The great gift Austrian Economics gave the world was an explanation of entrepreneurship and its importance to an economy.

By learning about time preference, subjective value, capital, interest, competition, and markets, you’ll have a nearly unassailable advantage over your competitors.

And there you have it.  Four free sites that’ll help you increase your skills for your online business.

You’ve got something special inside of you.  The trick is getting it out and offering it to the world in a way that the buyer and you, the seller, profit.

Once you master these skills, you find it easier to succeed.

Heck, after I learned digital marketing, our Finlingo (my app company) downloads increased 254% quarter-on-quarter in the App Store.

It didn’t take too much, and it wasn’t expensive.

The knowledge and skills are on offer.  You just have to learn them. 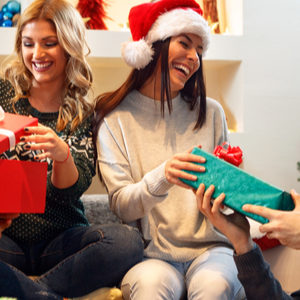 Happy Friday! That ice-cold beer is only 8 hours away.  First, your morning coffee. As if you needed a reason to further distrust the intentions of the Chinese government, I’ve got one big one today: interventionism. It’s getting harder and harder to be a free trader when it comes to China.  Defending that position against... 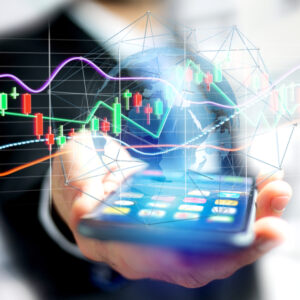 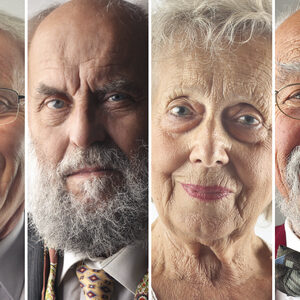 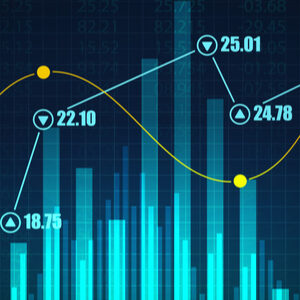