You’ve heard it before — Bitcoin is bad for the environment.

Not to be stifled, crypto miners have been increasingly flocking to the world’s cheapest energy sources — which are primarily renewable.

But how accurate are these negative environmental claims in the first place?

It is thought that the cryptocurrency ban in China has less to do with saving the planet and more to do with control of the financial system.

To further explain the misjudgings of Bitcoin,and share with you how this digital currency could effectively make cheap electricity more valuable, Chris Campbell reports below…

Why Bitcoin is Good For the Planet
By Chris Campbell

“At times of change, the learners are the ones who will inherit the world, while the knowers will be beautifully prepared for a world which no longer exists.”

Pundits like Bill Gates and Bill Maher are quick to throw around alarming sound bites about how bad bitcoin mining is for the planet.

Bitcoin mining will cause global temperatures to rise two degrees.

One single bitcoin transaction uses more electricity than 24 American houses in a day.

If everyone used the bitcoin network, it would suck up all the world’s power.

Nearly all of these statistics come from ONE academic article published in 2018 in Nature’s climate change journal. 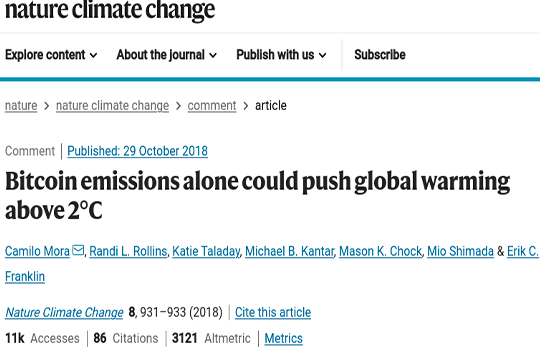 The title of the article gives away the conclusion: Bitcoin is enough to single-handedly push global temperatures 2 degrees.

This, of course, happens to be the “danger zone” experts say could send us over the edge. (Staying below this 2 degree level is the goal of the Paris Climate Accords.)

Mind you, the authors were saying this could happen over a span of thirty to sixty years.

Unfortunately, even then, the authors made a few faulty assumptions.

1.] They drastically inflate the amount of energy consumed by the bitcoin network. (Bigly… I’ll explain why in a moment.)

2.] They assume all bitcoin miners use fossil fuels. (Wrong. And increasingly wrong with each passing day.)

3.] They downplay the energy intensivity of traditional finance; what bitcoin stands to disrupt. (Dramatically.)

Let’s look at the most blatant first.

Enough to Power a Village!

Bill Gates and the Dutch Central Bank said it with the confidence of an Olympian being handed his first gold medal;

Each bitcoin transaction requires an average of 300 kg of carbon dioxide, or the equivalent to the footprint produced by 750,000 Visa swipes.

It was published in an academic paper, after all.

Had to be true.

In coming to this conclusion, however…

First of all, the paper’s authors assumed the energy required to process each transaction is the same amount required to create a bitcoin block.

Understandable mistake, perhaps. But a big one.

Each block can hold 3,000 transactions. So this number is inflated thousands of times.

Also, consider what really goes into a “Visa swipe.”

This graph below from ARK Investment Management is enough to chew on.

It compares the energy cost of bitcoin mining against gold mining and against the traditional banking system. 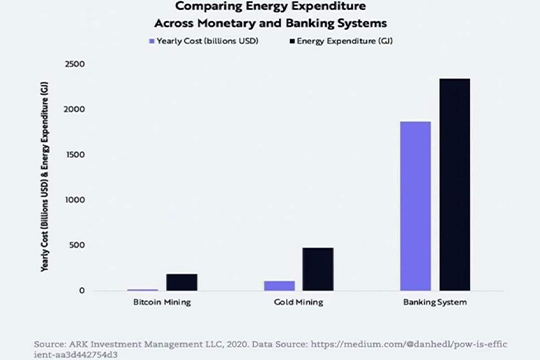 But don’t take it from me.

Dittmar delivered a rebuttal to this paper in his 2020 TEDX talk, called Bitcoin: Final Nail in the Coffin of Climate Change? 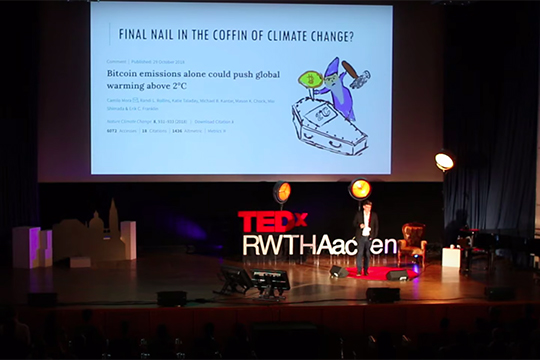 So let’s assume Dittmar is right. It’s not even close to as bad as the naysayers are claiming.

Could Bitcoin be good for the planet? Yes.

I believe it’s the most underappreciated aspect of bitcoin… and it will take years for the world to fully grasp its implications.

Even so, it’s simple.

What does this mean?

Green mining has a competitive edge.

That’s why, even in 2019, Bitcoin was already outperforming the world in the race to renewable energy. 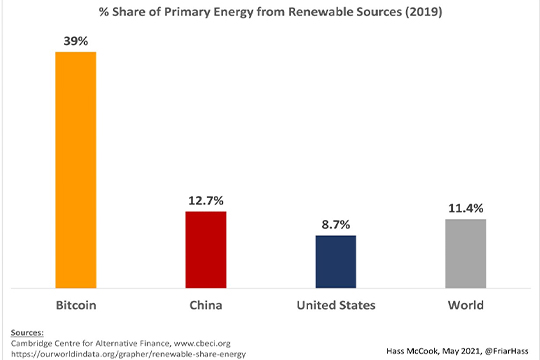 Moreover, bitcoin is a way to monetize cheap energy in a location independent way. Something we didn’t have before bitcoin.

For this reason, says economist and author Saifedean Ammous, “I think [Bitcoin is] going to have a profound impact on the global energy market.”

“For the first time in history,” he said, “we have a way to sell energy that is location-independent. A lot of places in the world have a lot of energy, but it’s very expensive to get that to the population centers.”

Bitcoin changes that dynamic. And flips what Saifedean calls “fiat energy” on its head.

More on that — and Saifedean’s new book, The Fiat Standard — soon.

[Ed. note: That, of course, is just one way crypto is set to change the world. To get the big picture view, check out this explosive interview with James Altucher on what we’re calling “NGCs”.] 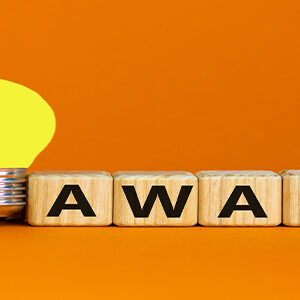 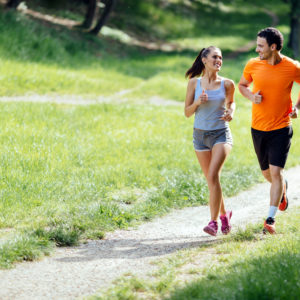 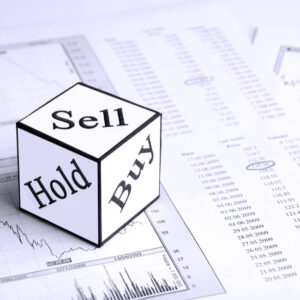 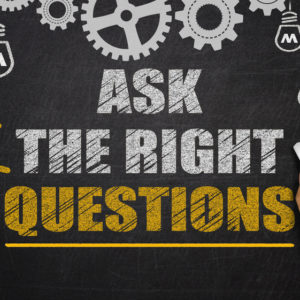 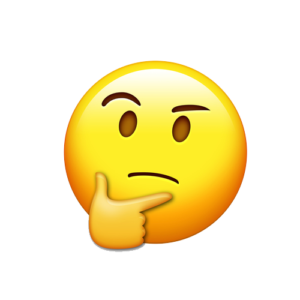